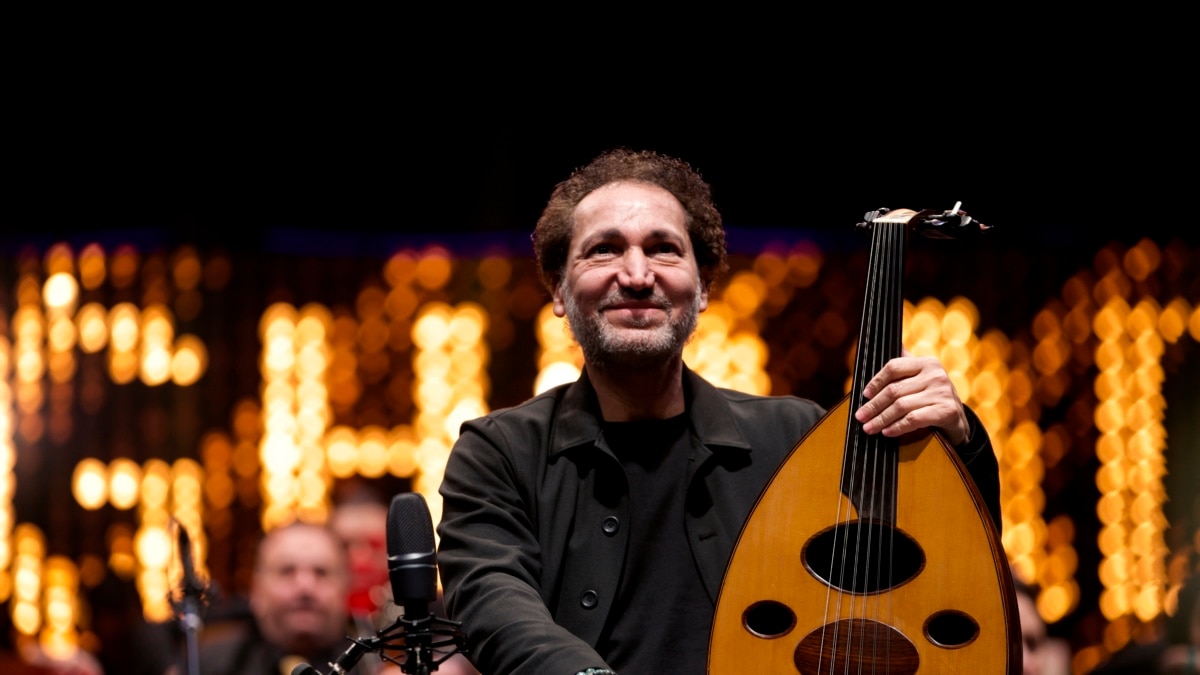 A musician seeks to rebuild Iraq through music

The war kept Naseer Shamma away from his native Iraq for years. Today, the famous musician hopes to rebuild his country with performances and projects to support culture and education.

Shamma performed last week at the Iraqi National Theater. The crowd stood to applaud as Shamma played classic and modern Iraqi songs. He played with a orchestraas well as young female musicians, who played traditional instruments.

“We’re going to work on the stage lighting, to come out of the dark into the light,” he told the crowd.

Shamma, 59, is considered a Master oud player. The oud is a pear-shaped string instrument similar to a lute. The instrument is at the heart of Arabic music.

Born in the southern city of Kut, he received his first oud lesson at the age of 11. He then graduated from the Baghdad Academy of Music in 1987.

He fled Iraq in 1993 under the dictatorship of Saddam Hussein. He eventually achieved international fame, performing around the world and receiving numerous awards. In Cairo, he founded the Maison du Oud, a school for teaching the instrument to new generations.

Shamma currently lives in Berlin, Germany. He returned to Iraq for the first time in 2012 for a performance backed by the Arab League. He said he was shocked and felt great sadness to see what had become of his country. Iraq has seen repeated wars and violence after the US-led war that defeated Saddam.

He has returned several times since, most recently in 2017. At that time, Iraq was torn apart in its battle against Islamic State group militants who had captured much of the north.

It was the first time Shamma had returned to a largely peaceful country. But it is in the midst of an economic crisis. He said the city is more comfortable and the public more sensitive.

“The publicThe artistic taste of had changed as a result of the wars, but last night it was similar to the 80s audience. I felt like it was in an international concert like the one in Berlin,” Shamma said after a recent performance. It was the first of four concerts he is giving in Baghdad this month.

The concerts aim to draw attention to the deterioration of the Iraqi education system. The education system has suffered from years of conflict, government neglect and corruption.

The World Bank says education levels in Iraq are now among the lowest in the Middle East and North Africa. They were once considered one of the highest in the region. The money earned from the concerts will go to improving the music and ballet school in Baghdad.

“In Iraq, there are still schools made of mud, and the students don’t have desks, they sit on the floor,” Shamma said. “Education is the solution and the answer for the future of Iraq.”

Shamma is known for using his fame to support causes that help people, children, and art. A few years ago, he led an effort that rebuilt 21 destroyed main squares in Baghdad. He is also a UNESCO Peace Ambassador.

Shamma said he hopes to be able to return to Iraq permanently soon. He has several other projects in mind for the reconstruction of the country.

Fatima Mohammed, a 55-year-old Iraqi, attended Friday’s concert. She said the event was a message to everyone that Baghdad will never die.

“I felt seeing the women play that Baghdad is fine and will come back despite all the pain we carry with us,” she said.

“I will come tomorrow also to listen to music, it gives me hope in life.”

I am Dan Novak.

words in this story

sensitive — adj. react in a desired or positive way