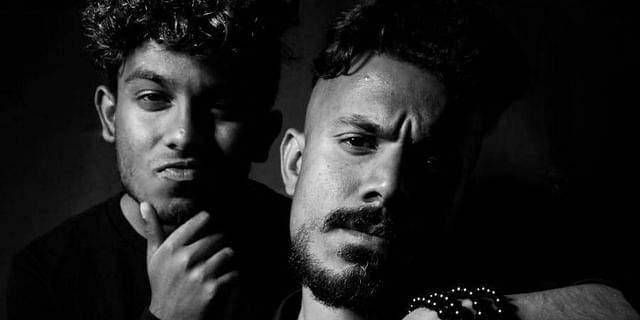 Telugu thriller Family Drama, released in October, got Tollywood fans to sit down and take note. Its soundtrack (OST) and background music took the film to another level, giving viewers goosebumps throughout the two hours and 12 minutes. We talk to the brothers behind the music – Ajay and Sanjay Brahmandam. The dynamic duo tell us all about their musical journey so far, their future plans, what they’re doing in Los Angeles, their promising collaborations with Indian artists and more.

Choosing the wrong course in school made the brothers addicted to music. “I was in sixth grade studying at Hyderabad Public School in Begumpet. They had this extracurricular activity class once a week, and I chose to be part of what is called the “Space Club”. After two classes, I lost interest and dropped out of that class, until one day I was called to the deputy principal’s office. I burst into tears as I said, “I don’t like this class, the teacher is very mean!” The assistant principal responded by saying that I could choose another class. I signed up for drum lessons and there hasn’t been any turning back since, ”says Sanjay.

A few weeks after joining the drums course, he ended up having the opportunity to perform in a 10 km race in the city, with his school group. As a spectator, Ajay was blown away by his performance and the reaction of the crowd. “People stopped running and started filming Sanjay on drums. It inspired me to take a guitar and work on my voice too. Basically this incident and the heavy metal music is what brought us together on this journey of music creation, ”Ajay said.

A few years later, the Brahmandam family moved to Tokyo and the brothers performed all over Japan with international heavy metal bands. They also received a lot of appreciation, love and support from the locals. “Ajay even earned the title of ‘Scream Machine’. After five years in Japan, we moved to Los Angeles, California, ”Sanjay shares.

Why LA, and pat comes their answer: Hollywood! “We wanted to learn the ins and outs of entertainment from the world’s largest industry. I mean, our two colleges were literally on Hollywood Boulevard. In addition, their musical journey took off mainly thanks to heavy metal; they have always been drawn to western music, classical or otherwise. They want to introduce Indian elements in this genre.
Currently, Ajay is working on commercials and reality TV shows. The brothers are also working on independent film projects and trailer music. “Other than that, we’re working on our second heavy metal album and a pop / experimental album that we’re very, very excited about,” said an excited Sanjay.

Their contribution to the recently released Family Drama thriller, starring Suhas, has won them rave reviews and a new fan base in Hyderabad. On how they landed the project, Ajay said, “The director, Meher Tej, and I had worked together on a short film a long time ago. We went to the same university in India. Although we never saw or spoke to each other while we were there, a mutual friend of ours referred him to me for the short. A few years later, Meher contacted us with the Family Drama story that Sanjay and I immediately fell in love with.

Their growing fan base, especially in Hyderabad, wants them to make a foray into other film industries in India. Are they eager to work more here and collaborate with other artists across the country? Absoutely! “Growing up, we were huge fans of Tollywood films. We would like to work on potential Telugu films. We’re just waiting for the right story.

We would love to have the opportunity to work with Jr NTR, Allu Arjun and Vijay Deverakonda. Musically, Thaikkudam Bridge (band from Kerala) is one of my favorite Indian bands and I would love to collaborate with them in the future, ”says Ajay, who listens to a lot of Telugu and Tamil music, especially songs by DSP, Thaman and Anirudh Ravichander, to name a few.

Apart from what they’re already doing and conquering, Sanjay hopes to take things to the next level. “We want to cover all genres of music, whether it’s music for different types of movies, heavy metal / rock, pop, EDM, classical, jazz, country, etc. When people think of music, I want them to think ‘Ajay and Sanjay’. Even if I had to step out of the “recognition” aspect a bit and speak purely philosophically, no human being ever really has an emotion in their entire life.

We see these emotions as synonymous with different styles / genres of music and we are artists, we see them as the realization of our full potential in our (artistic) expression. And for my part, I don’t see a bigger goal. Both brothers have always loved to take an approach to acting music, which means “taking on different roles and expressing all humanly possible nuances / emotions”.

Rick Wakeman’s Health: A Musician’s Battle With Cirrhosis After “The Ultimate Rock’n’roll Life”