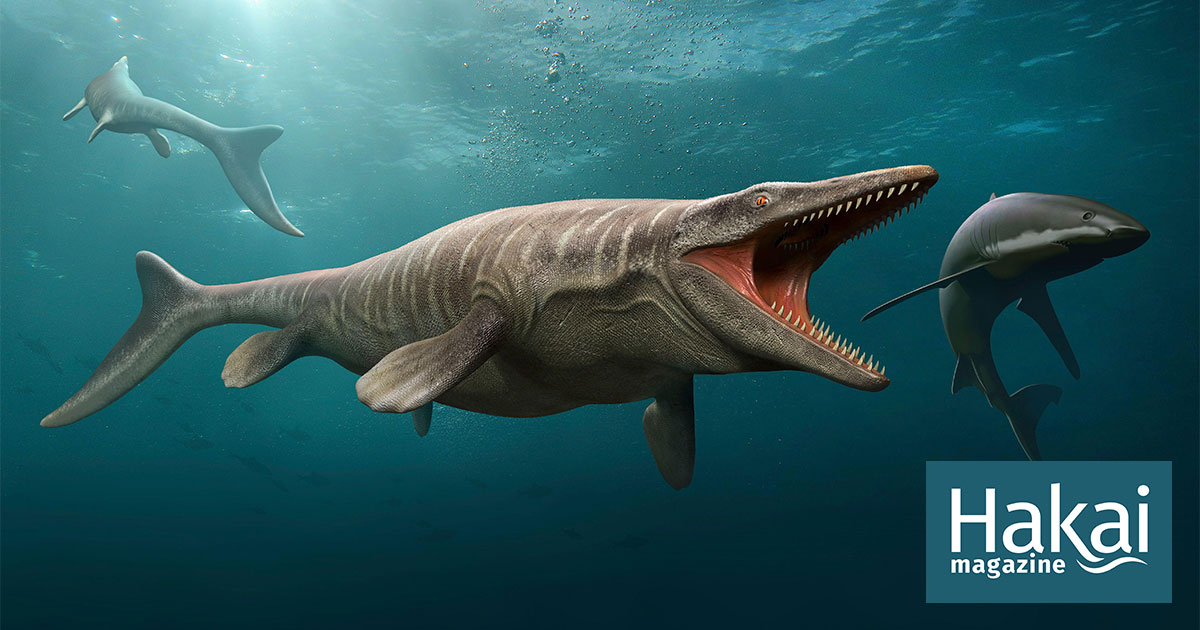 Harrell Station in Alabama, about 75 miles west of Montgomery and 250 miles inland from the Gulf of Mexico, appears to be the last place anyone would go to explore the ocean. But collapsing out of the dusty ground, which has been rippled into ravines of white chalk, are the remains of an ancient sea. At the end of the Cretaceous, some 82 million years ago, high temperatures melted the polar ice caps submerging the coasts of the world. A shallow sea known as the Mississippi Embayment spread over the southeastern United States, covering much of Alabama. Harrell Station is one of the best places to see this pristine sea.

Situated on a belt of Cretaceous rocks known as Mooreville Chalk, the ravines of Harrell Station are teeming with perfectly preserved fossilized remains of the reptiles that dominated this ancient sea. Compacted over time and sculpted by centuries of erosion , powdery marl is made up of crushed skeletons of microscopic algae called coccolithophores combined with clay. As these planktons sank to the ocean floor, they buried larger sea creatures in stunning detail.

Since the 1940s, researchers have been working to unearth this fossilized wealth. To this day, they continue to discover new species. Adiel Klompmaker, curator of paleontology at the Alabama Museum of Natural History, who has owned and excavated much of Harrell Station since 1991, likens the site to a Cretaceous time capsule. “We know so much about the end of the Cretaceous thanks to the Harrell station,” he says.

Research found that most of the people of Mississippi Bay were oversized – the largest sea turtle, Protostega, was almost the size of a Volkswagen Beetle. Alongside these giant tortoises, primitive sharks and giant coelacanths patrolled the depths as herds of Pteranodons fluttered overhead. The excavations unearthed a series of impressive finds, such as a Pteranodon a bone cleaned by sharks; and a dinosaur egg that was washed away in the sea. Klompmaker points out that the little-studied invertebrate fossils at the site probably also hold precious secrets.

But the main attraction at Harrell Station is the mosasaurs. The parents of modern monitors – think a Komodo dragon crossed with a swollen tiger shark – these fearsome predators have terrorized the waters of Mississippi Bay. Almost everything was on the menu for a mosasaur, including Xiphactinus, a fish almost the size of a great white shark that looked like a ragtooth tarpon. Alabama appears to have been a mosasaur haven: seven species have been discovered at Harrell Station to date, making it one of the richest mosasaur deposits in the world.

The finely preserved fossils at the site are also helping researchers reconstruct the oceanography of the Mississippi Bay, with information valuable to the modern world.

Paleontologist Leah Travis-Taylor, who is currently pursuing a doctorate at the University of Massachusetts at Amherst, recently led an effort to calculate Alabama’s Cretaceous water chemistry. According to Travis-Taylor, details like the temperature and salinity of the water can be unblocked by examining the ratios of the different isotopes of oxygen trapped in the enamel of fossilized mosasaur teeth. These signals point to a scorching sea much saltier than the modern Gulf, telltale signs of a much warmer world. Cretaceous greenhouse conditions also remain in the chalk itself. A 2008 effort to examine the oxygen and carbon isotopes of Mooreville chalk found that about 84 million years ago, when sea temperatures reached 31 ° C, Mississippi Bay had submerged the Alabama coast, stretching much further inland than Harrell Station.

This link between warming water and rising sea levels worries Klompmaker. “Harrell Station is giving a warning,” he said. “It reminds us that sea level can flood vast amounts of the state of Alabama.”

This process is already happening. A combination of sinking land and warming gulf makes Alabama one of the states most threatened by sea level rise. The ocean has risen nearly 30 centimeters over the past 50 years. years, eating away at the barrier islands and the coasts of the state. Some people may like having a beachfront property in northern Alabama, Klompmaker says jokingly, “but I think a lot of people wouldn’t agree.”

Travis-Taylor agrees that the picture Harrell Station’s fossils paint of a waterlogged Alabama is disturbing, but she also believes this fossil cemetery offers clues to understanding how modern sea creatures can adapt to changing conditions. “Mosasaurs lived in a warmer world, so they add an important perspective on how modern relatives of mosasaurs, like sea snakes, can be affected in a warming world,” she says.

Examining the isotopes trapped in fossilized mosasaur teeth, for example, Travis-Taylor recently deduced that these creatures, like sea snakes, regularly visit freshwater along the Alabama coast for drink and regulate the salt in their body. In a world in the throes of climate change, future sea snakes could adopt a similar strategy.

This is the reason why paleontologists like Klompmaker and Travis-Taylor continue to probe chalk to see a greenhouse in Alabama. At Harrell Station, “the ocean records are well displayed on land,” says Klompmaker. He believes digging into these archives will help shed light on the state’s future.