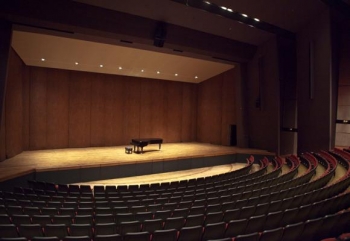 Through public events and exhibits, connect with the UW community every week! This week, attend conferences, concerts and more.

Many of these opportunities are broadcast through Zoom. All UW faculty, staff and students have access to Zoom Pro via UW-IT.

The Department of Digital Art and Experimental Media (DXARTS) is pleased to present a program of the latest holographic sound works from DXARTS composers and associated researchers. Nature recorder and sound designer Jeff RiceSound portraits frame an evening of ambisonic sound, leading the listener through known and unknown ecosystems and sound spaces.

The importance of being serious

Oscar Wilde’s wildly entertaining comedy sparkles with dazzling puns and hilarious, improbable situations. This avant-garde satire on Victorian morality features two carefree bachelors, Jack and Algernon, each with a carefully hidden double life. But when Algernon finds out that Jack posed as someone named Ernest to escape the city, he quickly goes to Jack’s estate to pose as the fictional character himself, and stupidity ensues. Director Kelly Cuisines (Incident in Vichy) calls this piece “an exquisite glass of champagne – deliciously sparkling and slightly intoxicating, but the result of intricate alchemy – a skillful blend of craftsmanship and artistry.” You can just take it down, â€she said,â€œ but it’s worth investigating further. ”

Conspiracy and Subversion: The Conspiracy in the Post-Soviet Space: How to lose the information war: Russia, fake news and the future of conflict

This series of the UW Ellison Center for Russian, Eastern European and Central Asian Studies presents new research on the role of conspiracy theories, propaganda and disinformation in Russia and other post-Soviet states. For the first event in the series, Nina jankowicz talks in his book about the Kremlin’s efforts to undermine democracy abroad through influence operations.

Rome, the city of illusion: a conversation with Professor Shawn Wong

â€œRome is the city of echoes, the city of illusions, the city of desire. Â»Wrote Giotto, painter and architect of the fourteenth century. Join UW Center in Rome November 17 for a conversation with English teacher Shawn Wong on the unreal and hallucinatory qualities of Rome. From Fiat car chases to marching bands appearing out of nowhere, Shawn shares his experiences capturing the quirks of Rome as a traveler, teacher, and author. Shawn will be joined in the conversation by Lisa Wogan, writer and alumnus of the UW Rome Center, who participated in the first study abroad program he led in Rome in 1997.

Political commitments that build our world

Which of your actions is political? What is “thrive” and who is included when you imagine it? What does it mean to save each other’s lives?

The UW Honor Program invite you to join Ben Danielson (Medication), Alexis harris (sociology) and Dean Spade (law) in a conversation about how young people can influence change in areas such as legal justice reform, health care equity, climate justice, and more. Hosted by an activist for the rights of people with disabilities, Christine lew.

The Korean Peninsula Forum is an annual series sponsored by the Faculty of Korean Studies at the University of Washington and Consulate General of the Republic of Korea in Seattle. Open to the general public, the forum aims to improve understanding and visibility of issues related to the Korean Peninsula and the region of northwestern America and beyond.

The theme of this year’s forum will be: North Korea’s Nuclear Challenges: From Deadlock to Breakthrough?

Blackwell Seminar: Closer Than It Seems: A Bayesian Perspective on Individual-Level Heterogeneity in Risk Assessment