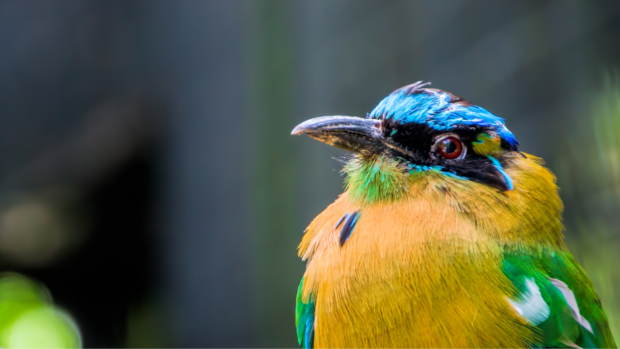 PARIS – When European naturalists traveled to the tropics in the 1800s, they postulated that birds became more colorful closer to the equator – a theory scientists confirmed on Monday using artificial intelligence technology.

Biologists Charles Darwin, Alexander von Humboldt and Alfred Russel Wallace were all stunned by the vivid colors of the flora and fauna on their tropical expeditions, especially compared to what they were used to in northern Europe. Europe.

“The nearer we approach the tropics, the more the variety of structures, the grace of forms and the mixture of colors increase, as well as the perpetual youth and vigor of organic life”, marvels the German naturalist Humboldt in a translation of 1850.

Since then, scientists have suspected that the color patterns of animals vary depending on their latitude.

In a bid to finally prove the hypothesis, biologists at the University of Sheffield studied more than 4,500 species of passerines – songbirds such as wrens, sparrows and blackbirds – around the world.

Scientists took three photographs of the plumage of adult birds from the collection of the Natural History Museum in Tring, Britain.

Then, using deep learning – an artificial intelligence technique – to extract data from the pixels of the photograph, they identified the color of 1,500 different parts of each bird’s plumage.

The scientists then classified the birds by color and compared it to their origin.

The findings, published in the journal Nature Ecology and Evolution, proved Darwin and others right that birds are brightest near the equator – and get duller the farther they go from it. .

But why does this happen? British naturalist Wallace theorized that the “lush vegetation of the tropics” acted as natural camouflage for birds all year round, while those in the north had to adapt their plumage to deal with bare trees each winter.

Study author Christopher Cooney said his findings did confirm some of Wallace’s predictions.

“For example…we found that coloration was highest in birds from dense, closed forest habitats,” he told AFP.

Another factor was diet, as the birds eat fruit and floral nectar – as well as having more energy to spare to make such colors, he said.

See that “pokpok”? The Thrills and Trills of Birdwatching UP

Where have the wild birds gone? 3 billion less than in 1970

Chilean scientists study climate change at ‘end of the world’