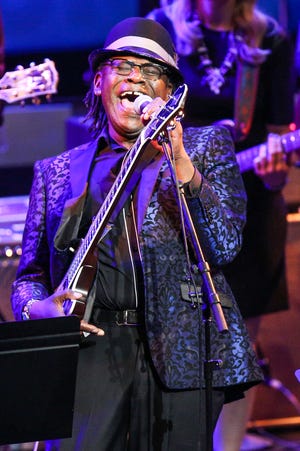 By the time Joe Louis Walker was 16, he was playing with touring artists like John Lee Hooker, Muddy Waters, and John Mayall in his hometown of San Francisco.

Today, 55 years later, he is one of those legends, on his own tour.

Walker will perform in downtown Des Moines’ Gas Lamp at 8 p.m. on November 17, with doors opening at 7 p.m. Tickets for the show are $ 20 in advance and can be purchased online at tickets.midwestix.com. Admission at the gate will be $ 25.

In his day, Walker rubbed shoulders with Jimi Hendrix and the Grateful Dead, was a roommate with the late blues guitarist Michael Bloomfield, asked Grammy-winning guitarist Paul Nelson to produce one of his albums, and was inducted into the Blues. Hall of Fame in 2013.

His first album, “Cold is the Night”, was released in 1986. His last, “Eclectic Electric”, goes on sale on November 12th. It’s a mix of original tracks like “Uptown Girl Blues” and “Bad Betty”, and covers of Californian classics like “Hotel California” by the Eagles and Don Henley’s hit “All She Wants to Do Is Dance”.

“I just asked a lot of people, and I treasure their opinions, former producers, old musicians, friends, family,” Walker said of his selection process for songs to cover. “I’ll ask whoever is connected to the song, (like) one of the writers … ‘Can you hear me doing that and what do you see me doing with this song?'”

In the case of one of the album’s other covers, “Werewolves of London,” he had a long-standing friendship with the song’s co-writer, Waddy Wachtel, who created the now-favorite Halloween song. with Warren Zevon and LeRoy Marinell.

Walker’s version is a funk version of the song from 1978, with Wachtel accompanying it on the recording. It was released before the album as a single.

Following:Before Maddie Poppe, there was Kevin Burt – the international bluesman from Iowa

By now Walker is a regular at album releases and recordings. While the COVID-19 pandemic has revamped some of his recording plans, it has given him the opportunity to polish his cover of Keith Richards’ “Make No Mistake”.

“We had recorded that before the pandemic and all that stuff – we just got to fine-tune it,” Walker said. “The weather has lent itself to really looking at things a little better and really coming back to it with fresh ears.”