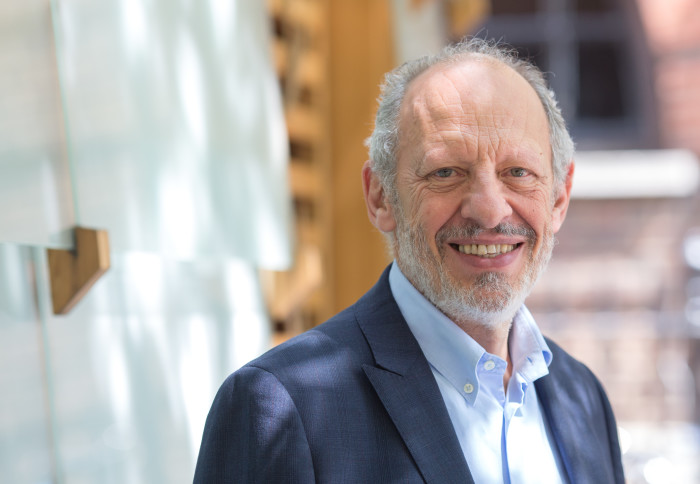 The collaboration will see the US-based proteomic analysis company use its SomaScan® platform to analyze tens of thousands of biological samples collected as part of the EPIC study, a Europe-wide survey of effects of lifestyle, diet, genetic, metabolic and anthropomorphic factors. in the development of serious diseases such as cancer and cardiovascular disease.

The EPIC population biobank, coordinated by Elio Riboli, professor of cancer epidemiology and prevention at Imperial’s School of Public Health, collected initial (baseline) blood and biological samples and follow-up data on the lifestyle and medical history of over 500,000 participants across Europe between 1992 and 2015. EPIC is coordinated in close collaboration with the World Health Organization’s International Agency for Research on Cancer (IARC) . By cross-referencing the information from these samples with the participants’ medical history, lifestyle, diet and other characteristics, the researchers painted a new picture of the causes and influences on the development of the disease.

Reflecting the vast scale of EPIC’s dataset, the population’s 7 million biobank samples are stored in more than a hundred 900-litre liquid nitrogen containers at IARC in Lyon and in other locations. other centers across Europe. To date, research conducted using this large sample set has led to developments in the areas of genetics, biomarkers, inflammation, and metabolic factors such as insulin resistance and growth factors and their role in the natural history of cancer, cardiovascular disease and type-2-. Diabetes.

SomaLogic Inc, based in Colorado, USA, is a leader in data-driven proteomics technology. Its SomaScan® platform produces 7,000 measurements of protein analytes per sample – the largest commercially available proteomics test. These analyte measurements have previously been established as relevant to biological processes.

Working together, Imperial and EPIC will provide 30,000 samples for SomaScan analysis, yielding 210 million total analyte measurements. Although scientists do not yet know the precise importance of these analyte measurements in disease, statistical analysis of a sample of this size could reveal important biomarkers to aid in the diagnosis and understanding of disease.

Following the SomaScan analysis, Professor Riboli’s team will undertake a statistical analysis of the results with the aim of improving understanding of the role of the proteome in disease development.

“The study of proteins is an essential tool in the study of cancer,” said Professor Riboli. “These proteomic measurements can help us identify very early diagnostic signals or improve our understanding of how an individual’s proteome may affect their risk of developing cancer, leading to better and earlier intervention and more personalized treatment approaches.

“Combining the data provided by SomaScan® with that held in EPIC’s biobanks will provide unprecedented opportunities for the discovery of novel cancer biomarkers. It will allow us to explore within the same study both proteins that can characterize a long-term predisposition to cancer as well as levels of proteins signaling the presence of cancer in its preclinical phase, of potential interest for new cancer screening targets.

One particular area to which this research could contribute is population-level cancer screening. Extensive research over the past 25 years has led to substantial improvements in the clinical diagnosis of cancer, better treatments and improved survival.

In the UK, several screening techniques are being deployed to identify cancers at the population level, including mammography, cervical screening and faecal immunochemical testing for colon cancer.

The value of screening programs like these is well established, as they lead to faster diagnosis and earlier treatment, to the benefit of the patient.

However, advances in treatment have not been matched in the area of ​​screening, and there are many cancers that cause a serious disease burden for which there are no effective routine screening methods.

By comparing the proteome of individuals who have developed cancer with those who have not, Professor Riboli hopes to paint a picture of protein biomarkers potentially predictive for different types of cancer, which could ultimately lead to widespread screening of many cancers – which is not possible with existing techniques.

Center of Excellence in Proteomics and Cancer

Recognizing the continued importance of proteomics research in cancer and other diseases, SomaLogic is also contributing through the creation of a Center of Excellence in Proteomics and Cancer within the School of Public Health at the Imperial.

The Center will conduct proteomics research in the areas of cancer and other serious diseases. Other projects are currently being developed to study the proteome of people who developed Alzheimer’s or Parkinson’s disease during the EPIC study, with the aim of identifying protein markers predictive of these diseases.