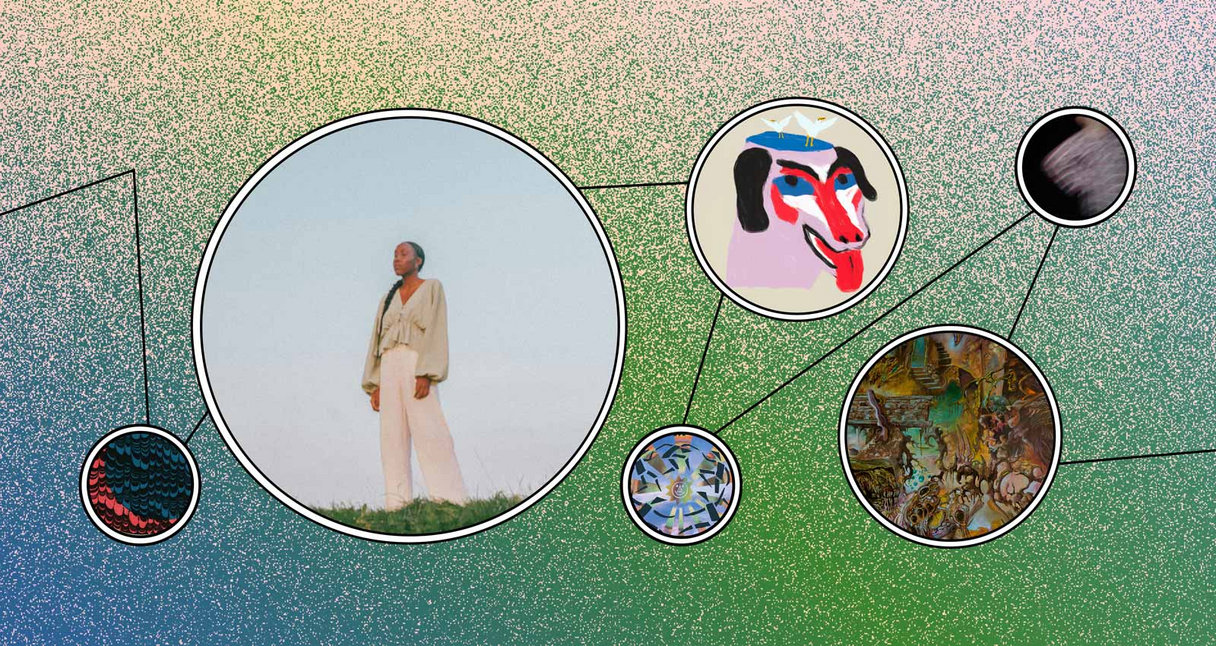 Welcome to Essential Releases, our weekly roundup of the albums we can’t stop playing and think you need to hear.

New Zealander Campbell Kneale is, I believe, one of the relatively unrecognized musical geniuses of our time. I first became familiar with his work as the Birchville Cat Motel in the early 2000s (later Our Love Will Destroy the World), a drone work that seemed monumental and comprehensive, capable of lightning noise and subtlety. clever. He is part of the drone-metal trio Black Boned Angel and the experimental group Ohm, among many other collaborations, and his personal aliases, Brilliant Swords among them, are legion. Most artists as prolific as he suffer from quality; Kneale applies thoroughness, richness and precision to everything he does. Brilliant Swords is a pure cult of Hüsker Dü, performed with that Kneale flair (he plays all instruments!) – tense, punk indie rock bursting with nervous energy and stuffed with hooks. Anywhere anytime is his latest on this project, arriving without fanfare this week, and it features five sublime gruff, blown punk-pop tunes cut separately and also mixed as they would be as a 12 inch. They are all so good that it’s hard to pick favorites, even though I have a soft spot for the title song and “Imaginary”. It’s hard not to listen to this on your own and be stunned by its quality (what one-man band looks like this?) The praise is only growing.

There is so much going on everywhere Mandatory pleasure, the hugely musical debut album from Los Angeles band Dummy, which it’s tempting to start listing all the genres, records, and vibes that swirl through this collection of songs in order to describe it. Yet that would be to ignore the monumental achievement of the LP, because any band can emulate something that has been done before, when it takes a group of truly committed musicians to synthesize their influences (Stereolab! Can! Japanese! new age! Jangle pop! Shoegaze! Blur!) into a work that can stand on its own while resisting the weight of its ancestors. Even with so many identifiable moving parts, Dummy’s mix of dissonance, psychedelic pop, and avant-garde bleep boop feels natural rather than nostalgic and hazy, and while there is a lot of weird ambient and experimental stuff, the record makes at least one or two real “hits” that live in the realm where sunny pop meets British pop. But let’s forget the references and call Mandatory pleasure great rock music, which it is. Easily one of the best records of the year.

Oslo’s new album Porto Geese is called Duck, and it has songs titled “Whale on a Horse”, “Algiri Geese”, “Flower” and “Dog” and, if you’ve never pressed “play”, doing that with the elementary school style cover could lead you to believe they look like a Moldy Peaches folk nightmare. Well, think again. Duck is the sound of Big Black reinventing itself into a band of shoegaze – thick, tarry riffs crashing like dark waves against the pounding drums and thunderous vocals of Joar Renolen. If, like me, you want your music to sound like a waking nightmare, look no further: in the chorus of “Fuckitthen” drummer Lars Hagensen cranks the song to a panicked gallop, Halvor Eggen’s bass moans ill at ease and the guitars of Bendik Øvrelid and Mathias Østrem take turns. “Also Void” has the same marauding velocity as the early Sonic Youth, the fanged guitars ripping the edges of the song as Renolen churns out the lyrics as if in a trance. Everything about this record seems overwhelmed: even as the songs fly by at the speed of light, there is a sort of “stuck grime” in every nook that makes it all feel like malevolent quicksand threatening to swallow you up. whole. Apparently what’s good for geese is total destruction.

(Full disclosure: I wrote the press bio for this album. However, anyone who has followed my writing over the past few years already knows that I am a huge fan of La Luz, and I just couldn’t pass. the week without writing about their new record. Okay, now it’s over!)

La Luz has always been a band with a taste for the weird, although so far this has manifested in a creeping sense of something sinister hovering around the edges of their shimmering rock guitar. At La Luz, that eerie quality shifts from metaphorical to naturalistic, and the music becomes even more psychedelic in the process – after all, what’s stranger than real life? If 2018 Floating characteristics floated in a scary yet inviting dream world, La Luz is firmly planted in the garden of earthly delights; and there is so much to savor, as evidenced by Shana Cleveland’s kaleidoscopic lyrics teeming with quaint imagery: poppies in bloom, fields of stars, slippery silvery snakes, drops of morning dew, a cathedral made of light. With the help of producer Adrian Younge and his LA studio filled with vintage analog gear, the band dispersed. La Luz with textured embellishments that sparkle like fireflies or buzz like cicadas – galactic synth touches on “In the Pines”, ringing bells and spooky rattles on “Metal Man”, ghostly finger snaps on “Down the Street” . Still La Luz is also the most peaceful record of the group, imbued with a sense of harmonious acceptance rather than a longing to be released from this deadly plane. “I’m here on earth to love you,” Cleveland sings on the penultimate track. It’s such a tranquil feeling that this hitherto restless band has never expressed, but then they close the show with a weird instrumental stomper called “Spider House”, just in case you forgot it: it’s La Luz.

“Who said I have to do something?” I can just breathe, absorb it all, ”sings Ego Ella May over the vast“ Breathe ”opener. FIELD NOTES is a May four song offering that was written during the Covid-19 lockdown. Working with producers Geo Jordan and Flwr chyld, May wrote four songs that sum up the various feelings of this uncertain moment. May’s velvety voice pairs well with jazz and soul influenced jazz and soul production which gives this succinct project a sense of space. My favorite track is the heaviest “I Feel Something” where May’s mellow voice slides over bass and guitar. “Why should I worry when I’m just a speck of dust,” May asks up close, “Speck of Dust”. It is a reassuring existential question that comes close to a project on survival in difficult and unpredictable times.

Phantom Slaughter, the main entity behind the incredible Florida funeral doom group Worm, describe the latest single from his new album as “A Tribute to the Early Days of the Legendary Peaceville Three”, and if that description piques your interest then you are the first audience for the sun Foreverglades, a record that deals with the same general Gothic gloom as these previous groups, but with an even deeper sense of nihilism. Worm started out as a black metal project, and Slaughter carried that sense of violence into this new project. Where other funeral doom bands like Bell Witch have an almost elegiac tone, Foreverglades instead, it feels populated by gargoyles – a musical reflection of Brad Moore’s Francis Bacon-y cover art. The songs are encrusted with eye-catching detail – haunting synth passages, melodic silvery guitar tracks, moments of sudden and striking melody – and often sway slowly and darkly to the gallop of death metal. That you can’t see the changes coming is just one of the things that makes the record so captivating. The other is the strange feeling of space, the way the weird touches and soaring solos compensate for the bubbling riffs. It’s like a vast dark field with vultures circling above; at any time, they could melt and attack.