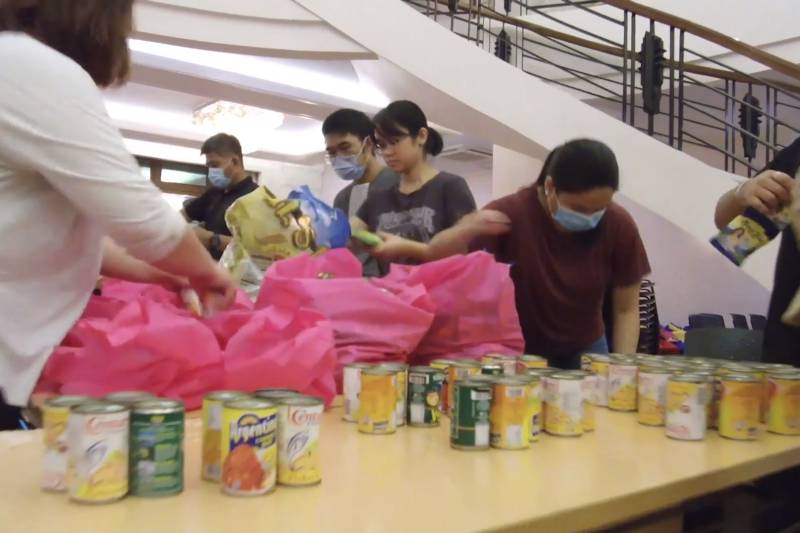 A professor at Far Eastern University recently won a Special Mention for his Documentary Screenplay at the 3rd Dreamanila International Film Festival.

“Maria Leonor,” a short documentary written and directed by Seymour Barros Sanchez in open letter form, delves into the psyche of the Filipino voter as he delves into the response efforts of the Vice President’s office to the pandemic. This is an offshoot of her on-going comprehensive Leading Lady project funded by the Center for Global Business at Monash Business School in Australia.

Founder and Executive Director Archie Del Mundo shared at the Dreamanila awards night a statement he signed with Festival Programming Manager Joselito Altarejos, Associate Programmer Robert Cerda and Creative Director Lemuel Lorca, ” Even the era of the modern pandemic cannot simply stifle their sustained growth – and films have become, more than ever, a powerful tool for documenting lived experiences.

Only 56 films were selected to compete out of more than 500 festival entries, which included the International Feature Films, International Short Films, Filipino Short Films and Screenwriting categories. Award-winning filmmakers Altarejos and Lorca and cinema specialists Cerda and Jerrick David formed the jury and board members of the Dreamanila film festival.

The festival had 15 films in competition when it was first held at the then-Carl Balita Productions Dream Theater in 2019. When the pandemic lockdown occurred last year, more than 30 finalists were released through the platform. – Facebook Live streaming form on its FB page (https: // www.facebook.com/dreamanila). This year it was broadcast via The Dreamanila Network (https://www.youtube.com/c/TheDreamanilaNetwork).

Currently, “Maria Leonor” also participates in the monthly Lift-Off Global Network Sessions showcase. Based out of Pinewood Studios, UK, Lift-Off offers a wide range of new and emerging independent content and focuses on ‘promoting a digital connection with a new global audience, connecting them with a wide range of of local independent film talent ”. The festival also takes place online via Vimeo on Demand.

The film can also be viewed on the De La Salle-College of Saint Benilde Center for Campus Art website as part of the online art exhibition “To Differ Digitally 2: Love and Dissent in the Time of Pandemic” (https: // www. benildecampusart.com/exhibit/to-differ-digitally).

In addition to being an activist filmmaker and speaker in communications and filmmaking, Sanchez is also a freelance writer, content and creative producer, creative consultant, and former news and current affairs program producer. He is a member of the 17th Lopez Jaena Community Journalism Workshop, the 21st Iligan National Writers Workshop and the 9th Palihang Rogelio Sicat. He is also a graduate of the 14th Ricky Lee Screenwriting Workshop and the Active Vista Film and Media for Human Rights Workshop.