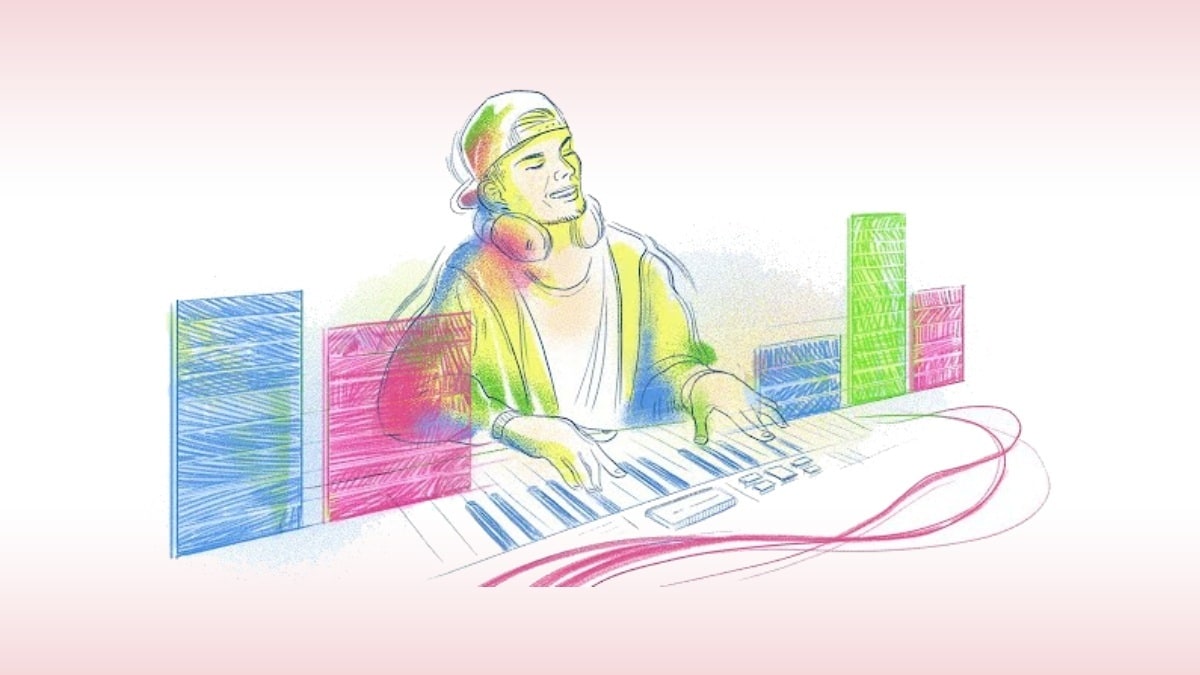 Google paid tribute on Tuesday to Tim Bergling, better known as Avicii, the Swedish musician known for his tremendous contribution to EDM. The special doodle video celebrates the musician on his 32nd birthday on September 8 and takes place on one of Avicii’s most popular hits, “Wake Me Up”. Bergling was born in 1989 in Stockholm, Sweden, and showed a fondness for music at a young age. The note accompanying the video doodle revealed that the artist started mixing songs at the age of 16 in his bedroom.

In 2011, Avicii released the dance anthem “Levels, “ which was one of the first progressive house tracks to hit the charts in several countries, including the UK. Google’s note added: “In addition to breaking sonic boundaries with hits like the 2013 ‘Wake Me Up hybrid bluegrass-house’, Bergling was also among the first DJs and producers to share the limelight previously reserved for singers and instrumentalists. “

Besides being a huge musical talent, Avicii was also a humanitarian. “Desiring more than just success in the industry, Bergling also embarked on House for Hunger, a 2012 US tour that donated its proceeds to tackling global food insecurity,” he said. explained the famous.

After struggling with his mental health that lasted for years, Avicii committed suicide in 2018 at the age of 28. In his memory, it was announced in 2021 that the Ericsson Globe Arena in Stockholm would be changed to the Avicii Arena.

“Symbol of Swedish pride, the arena today presents itself not only as a venue for events but also as a hub for the exchange of ideas focused on mental health,” the note said, adding that the he initiative is led by the Tim Bergling Foundation.

The Tim Bergling Foundation is established by the “Bergling family to honor Tim’s life and legacy, eliminate the stigma associated with suicide, and promote mental health awareness, especially among young people around the world.”

Reacting to the Doodle, Bergling’s father Klas said, “The Doodle is fantastic, my family and I feel honored and Tim would have been very proud and loved it. It is the friendly and warm story of a young man realizing his dream of becoming a DJ and at the same time telling us that our journey in life is not always easy despite the fame and fortune.

Google said the doodle honors Avicii’s “legacy as one of the first artists to elevate electronic music to global mainstream success.” The doodle was created by artists Alyssa Winans, Olivia When, and Sophie Diao.