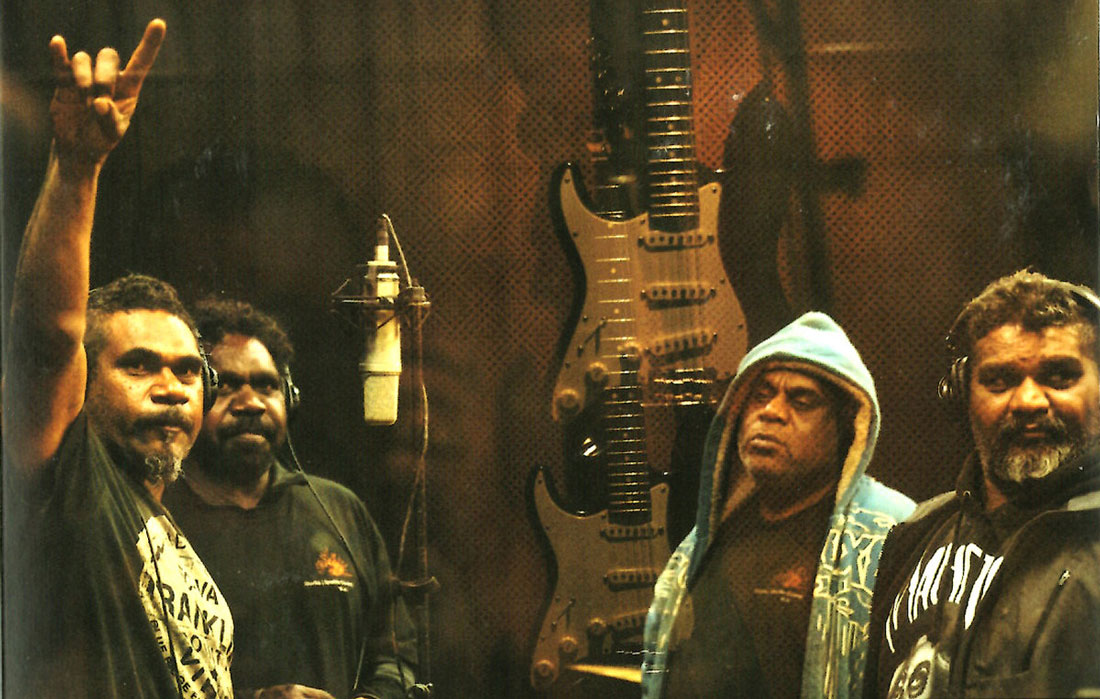 ‘Gravel Road’, an Australian documentary that follows the adventures of Aboriginal rock band Desert Stars as they embark on their first tour, will be screened at Morgan Hill on April 10 as part of the 2022 Poppy Jasper International Film Festival.

Directed by Tristan Pemberton, the film “provides a rare insight into the convergence of Australian indigenous culture and contemporary rock music,” a press release from Flywire Films reads.

“What an absolute privilege to collaborate with singer-songwriter Jay Minning and the community of Tjuntjuntjara in the creation of ‘Gravel Road,'” said Pemberton. “Each trip changes you, and this one left an indelible mark on all participants in the true spirit of ngapartji-ngapartji (reciprocity). All of this was made possible by Jay’s incredible passion to share his remarkable life , its culture and the history of Spinifex through music.

The film follows Minning and his band, Desert Stars, on their first tour of 2018 as they travel from their home in the remote Tjuntjuntjara region through Australia’s Western Desert in support of their second studio album, ” Mungangka Ngaranyi (It’s On Tonight),,” the statement said.

The Minning community and four-piece band are located in the great Victoria Desert of Western Australia. The music of Desert Stars reflects the artists’ deep connection to their culture as they are “the last true nomads”. With songs about hunter-gatherer life and their survival from the British atomic tests at the infamous site of Maralinga, Desert Stars’ fan base is diverse and growing rapidly.

“I’m pukulpa (happy) that our film has been selected for the Poppy Jasper International Film Festival. The band can’t wait to share our music, culture and history with Morgan Hill. It’s a dream come true for us,” says Minning.

Much like the Desert Stars tour itself, producing the low-budget, self-funded documentary proved difficult, at times nearly impossible, the press release continues. Pemberton served as director, cinematographer and sound engineer, while sound designer Phil Snow worked tirelessly to clean up the sound, as there was no official sound man on set.

“Gravel Road” will screen at the Morgan Hill Community Playhouse at 8:30 p.m. on April 10. Screening tickets and passes for the Poppy Jasper International Film Festival can be purchased at pjiff2022.eventive.org/passes/buy.

The local film festival runs April 6-13 in Morgan Hill, Gilroy, San Juan Bautista and Hollister. More than 150 filmmakers from 11 countries and five states are participating in Poppy Jasper this year. The lineup includes more than 100 short films from 30 different countries.

The festival will feature panel discussions with industry leaders, covering topics such as women in film, the film industry, visual effects and more.

The festival will also include a Youth and Student Festival Day featuring student films from around the world on April 6; panel discussions on Latino representation in the industry on April 11; LGBTQ+ Day highlighting the work of LGBTQ+ filmmakers and stories on April 12; and Iran Day, highlighting some of the country’s best films, including “Metamorphosis in the Slaughterhouse” by PJIFF alumnus Javad Daraei on April 13.

On April 8, the “Poppy Bash!” celebration will premiere the song “Believe” at the Gilroy Event Center, 7588 Monterey St. The evening will include a special live performance of the song by its composers – Randy Spendlove, Grammy Award winner, multi-platinum recording artist Polo Jones and other local musicians. The event, with a keynote from Landau, will be co-hosted by Jayson Stebbins and Drag Queen Alina Malletti Galore.

The 2022 festival is taking place in person for the first time since 2019.