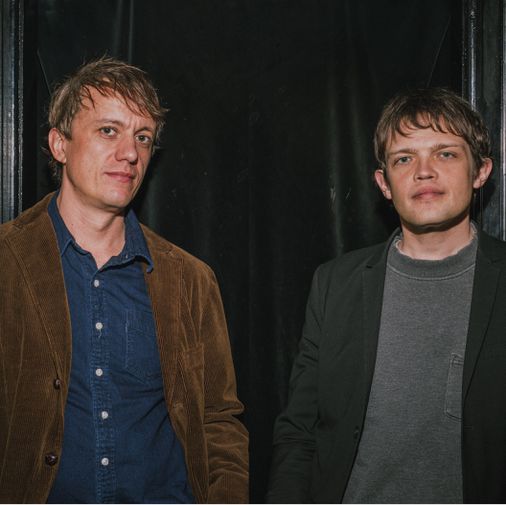 Musical collaborations, both planned and spontaneous, are the hallmark of the Newport Folk Festival. These collaborations offer the possibility of the unexpected, of artists combining their separate visions to emerge something different, a whole greater than its contributing parts.

This year’s planned variety includes the pairing of two virtuoso guitarists, Steve Gunn and William Tyler. Gunn is a prolific guitarist, singer and songwriter who has been recording as a solo artist for the past fifteen years. He was also a die-hard collaborator during this time, recording with Mike Cooper, Michael Chapman, Kurt Vile and MC Taylor of Hiss Golden Messenger, to name a few. The varied music he has composed in both forms spans early American styles and fingerstyle guitar playing, drone and constructed experimental music, mellow acoustic folk and booming psychedelic rock.

Finding Gunn engaged in another collaboration is therefore no surprise. This time, her musical partner is Nashville guitarist William Tyler. Tyler first made his mark as a session player and a member of the eccentric collective Lambchop and the Silver Jews. He started releasing records under his own name in 2010 with “Behold the Spirit”. This album, and those that followed, featured Tyler’s extraordinary and inventive instrumental music, often rooted in acoustic country and folk, but regularly incorporating experimental aspects, ambient and found sounds, and other elements.

After last year’s cancellation due to the pandemic, the Newport Folk Festival is back, albeit in a modified form that takes into account that the coronavirus is still very much present. The festival operates at reduced capacity – about half of the usual attendance for each day – and implements other social distancing measures. Proof of vaccination or a recent negative test is required to attend. And there will only be two stages. But the event takes place over six sold-out days – Friday through Wednesday – instead of the usual three, so an ample and diverse roster of artists will perform, though there won’t be as many each day. What do Black Joe Lewis, Beck, Lucy Dacus, Jason Isbell, CAAMP, Margo Price and Hiss Golden Messenger have in common? They’re all playing Newport this year.

When contacted via Zoom recently to discuss his and Tyler’s upcoming performance on Tuesday, Gunn begins by noting that the two have been close friends for over 10 years, a friendship spawned by similar musical interests. “We both lived in guitar-like territory. . . we were playing fingerstyle guitar, we were doing a lot of folk stuff, we were interested in rock music, we were interested in experimental music, ”he recalls. “I think all of these influences are sort of pollinating within our own separate spheres.”

Despite this friendship, the two first performed together formally only a few years ago, as part of Yo La Tengo’s annual Hanukkah concert series in New York City in 2019. This led them to make a residence together a few months later. . Gunn believes it was based on those performances that Newport organizers invited them to play at this year’s folk festival.

Gunn says Tyler is a different player than him, which he attributes to the Nashvillian’s “whole country music history” – one of the things that drew him to Tyler’s playing. “I was more of an explorer, playing a lot of improvised concerts. But his influence on the country was very, very interesting to me. I didn’t necessarily know how to play in this style, but I turned to his playing in this regard.

He describes Tyler’s music as having a panoramic character which he also strives to achieve. “It’s very technical, but it’s also extremely open. He also thinks Tyler can jump into any musical situation thrown at him. He describes the results when they happen together: “It’s not so much a push-and-pull type of situation where you think, ‘Oh, what’s going to happen? Let’s take this trip and see. It’s more of an augmented version of myself, if that makes sense. I think we both lend ourselves that. “

The set they’re planning for the festival includes new songs from Tyler, material from a new Gunn album due out in August, covers and other musical forays. It remains to be seen whether the two will also collaborate on new material to present at the festival. “We have some ideas,” Gunn says. They will both be on stage for a mostly acoustic set.

This will be the first time either has played Newport, and Gunn says he and Tyler have both dreamed of having this chance for a long time. The stature of the festival and the wider path it has mapped out in recent years has a certain resonance for him; it highlights “the story of it, and the fact that it’s still ongoing and still relevant, and that they have invited our peers and people we know.”

Now he will make his debut there with a musician whom he considers both a friend and a peer. “I am a great admirer of William,” he said. “I’m really grateful to have friends who inspire me all the time, and William is definitely one of them. So I’m particularly excited to be playing Newport with him.

Stuart Munro can be contacted at [email protected]

Selfridges is now in the wedding business

‘Find Freedom in Music’: City of Melbourne to Release 40 Albums as Part…

Elohim unveils new EP ‘Journey to the Center of Myself Vol. 2 ‘