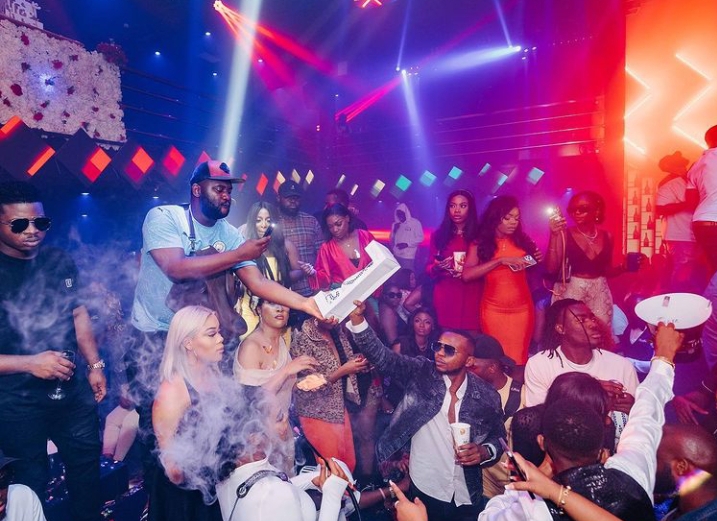 Image VS reality: Don’t musicians spend all their time in nightclubs?

You can probably name more celebrities and music stars faster than you can name prominent business people or politicians. And why not? They are much more fun and in your face; it’s fun to watch their lifestyle, they produce great content, make you laugh, dance, sing and generally ‘pretty’.

There are even celebrities whose names or songs you don’t know, but when you see them lavishing their riches on jewelry, bottles or expensive clothes, you silently say to yourself wow, there really is money in this fun game!

This is why most people want to be associated with the industry; talented (and untalented) musicians seek an entry point, and those unable to pursue a career in music take pride or satisfaction in being part of the “team” or fan base.

The ostentatious lifestyle that celebrities portray has many young people yearning and yearning to make it happen one day. We see the bright, filtered and organized aspects of their lives and careers and we covet them. But good things don’t come easily, and, boy, these people have the best things, so it wouldn’t be out of place to ask the question that plagues the minds of many and viewers alike: “What are these guys really do?”

From what the (social) media shows us, it looks like they spend all their time on the red carpet, in clubs or in hotels. One minute you hear Artist X has bought a Ferrari, another minute he’s flying in his pajamas, and the next minute he’s spending at a jewelry store. It leaves people wondering and wondering how these artists make their money.

Is it real or just a kind of “pretend”?

Do these guys spend their time on luxury and nothing else?

The direct answer to this question is NO.

In November 2020, Afrobeats star Wizkid aired a YouTube Original titled A Day In The Live, a three-hour livestream where he showed the world a day in his life. In this live stream, his fans saw how he spent most of his time, which consisted of a lot of studio and family time before getting ready for a live concert, which was the grand finale of this live stream. . On the live stream – which is also part of his job – he was shown doing another interview with BBC Radio 1Xtra. There he explained how he was able to merge work and life in such a way that work no longer felt like work. In his words, “I enjoy working with pleasure; I like to make it a part of my life. It’s part of my life now, so it doesn’t even feel like work.

That’s exactly what it is for most celebrities. Work and play in each other, and because they are living, breathing brands, their appearances in venues, shows, tours and every exhibit mean something.

But there are times when it can be a heavy facade. The practice of “fake-it-till-you-make-it” also exists in this world, perhaps even more so in the entertainment industry, because spiciness is part of the game.

Besides, it’s not called the entertainment industry for nothing.

There is quite a contrast between the image people in the industry paint and the reality of how they spend their time. All of the most accomplished celebrities spend their days working tirelessly for that moment when they have to write a verse or get in front of the camera because they only have minutes or even seconds to impress. They try to hone their craft through regular vocal training, acting lessons, and often various dance styles to better control their body movements, whether on stage or on a movie set. They listen and watch everything but not on a regular basis. They focus on the craft, soak up performance with a discerning eye and seek inspiration. Many of them spend hours in the gym and every bite they eat is under the watchful eye of a nutritionist.

Much of life for those who yearn to be in the limelight is one of constant and painful rejection. As you often hear in their weed to honor stories, they spend years auditioning and getting turned down. To even begin, they must devote themselves fully and often against the advice of those closest to them, sometimes even having to turn their backs on friends and family to pursue their dreams. It can be a very lonely life and you only become more isolated if you “do it”. Many celebrities have lots of people around them but feel lonely and misunderstood, which is one of the reasons why they most often date other celebrities.

We have all seen the failed actor or the character of the tour-weary musician and these images are not far from the truth as the person cannot be separated from fame and he dedicates his life to it. Even those who have enjoyed considerable success can abandon trends and become tougher over the years.

Only a handful of artists document and post photos and videos of the hard-core process; the long hours in the studio, the tense meetings, the media rounds, the endless hours on the road, the tiresome research and sleepless nights that come with the job. Those who record their work and process are few and mostly save it for the days when their dreams have finally begun to materialize before showing the world how far they have come.

Now, that said, they most definitely hang out at nightclubs or beach parties. These guys have their fair share of fun, plus it’s a great way to stay in tune with the pulse of the culture.

For the biggest celebrities, image and reality are not too far apart. They are multi-millionaires; they hang out with the super-rich, travel in private jets and party on yachts. But for the other 99.9%, it’s also exhausting daily work requiring incredible self-confidence to begin with, and the unstructured nature of the work adds to the illusion of a lifetime of enjoyment. So I say celebrate the celebrities, they bring us joy and work hard to do so, but also recognize that they are professionals and deserve whatever comes their way.