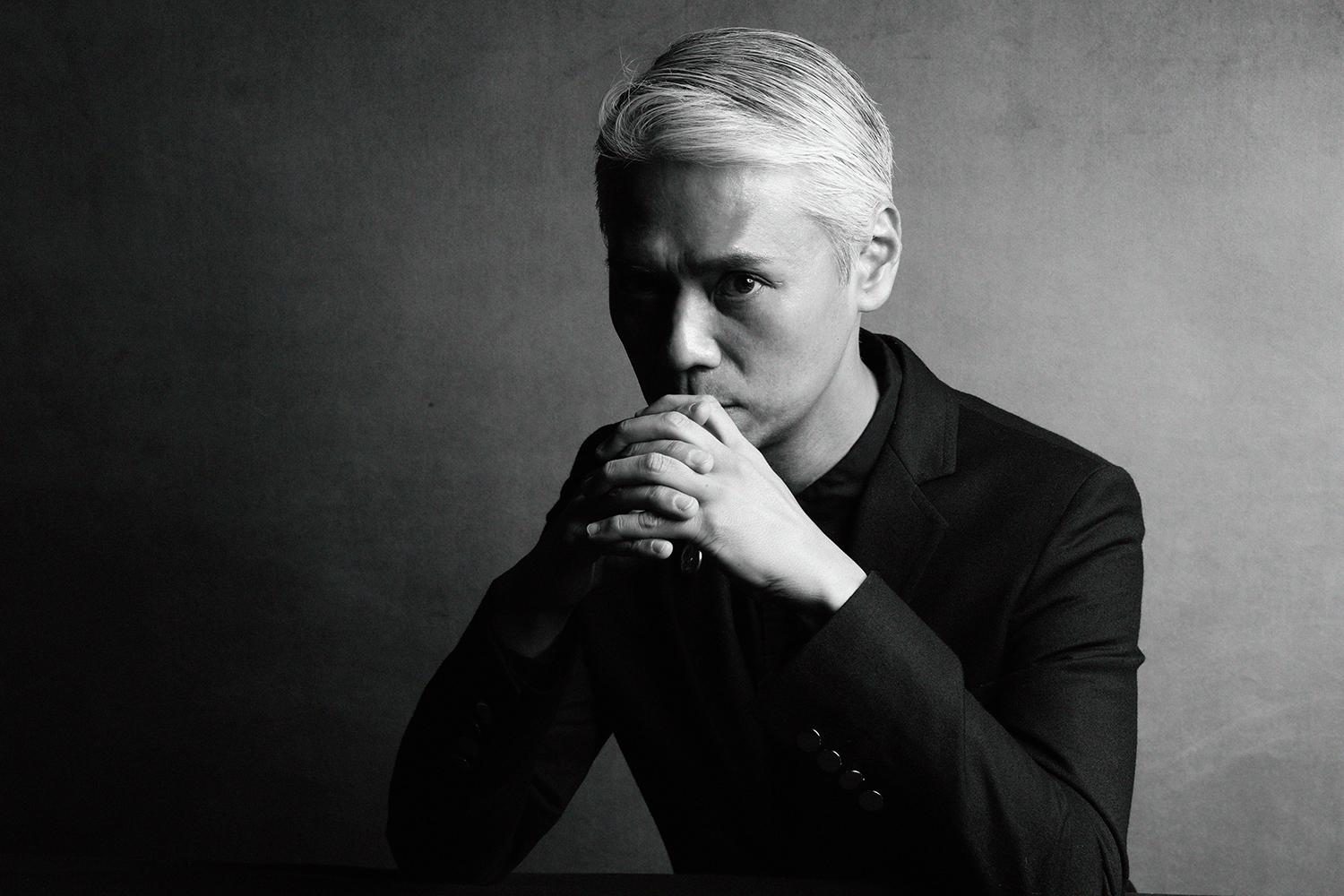 Earlier this year Shinichi Osawa released their latest album BIG WORLD under the MONDO GROSSO project, his most ambitious collaborative album to date.

With the release of the extended cut and alternate mixes of the album’s hit single IN THIS WORLD being released digitally on March 16th, we caught up with Shinichi Osawa to find out more about BIG WORLD and its manufacture.

In 2017, you returned to the MONDO GROSSO project for the first time in 14 years. What brought you back to MONDO GROSSO after all this time?

I had no obvious reason, it was the members of my team who were strongly asking me to relaunch the MONDO GROSSO project.

BIG WORLD is a very exciting album, it sends a powerful message about the state our world is in while giving off a sense of hope. It also occasionally feels like a time machine, reliving moments from MONDO GROSSO’s long history. How did you go about creating the theme for this album?

Honestly, I’m usually not good at setting a theme, but over the past few years we’ve all been going through tough times equally around the world, I thought I should learn something from this as a creator.

MONDO GROSSO is Italian for BIG WORLDso technically this album is your first eponymous album!

It was kind of ironic because we started in Kyoto, which is very small and one of the most historic cities in Japan.

I have listened to the album several times and each time I find myself interpreting its message differently. Was it intentional or was your heart set on a particular message?

I’m so glad you felt different every time, because that’s exactly what I wanted to achieve. My music has no message. I think the music allows the listener to see and feel the vision differently as they evolve and also reflect on the experiences.

How did you choose the artists to collaborate with on BIG WORLD?

The MONDO GROSSO team helped a lot. We had an interesting challenge mixing gender, generation and language.

IN THIS WORLD is the first single from the album, with a piano melody played by Ryuichi Sakamoto and vocals by Hikari Mitsushima, it exudes a sense of despair but gives a lot of hope at the end. What do you think of this piece?

Honestly, I’m no longer aware that I wrote that song, and in a way, it exists in my memory. It’s like a light or a liquid that can’t be caught, but sometimes emits a huge impact.

FORGET IT feels like a very personal representation of how you see the world right now, almost like looking back on your career and comparing the past to the present. How do you feel listening to this song again?

The impressions we get from art (not just music) are up to each of us. So I don’t think it makes sense for me to share my current thoughts on this song here.

CHAI has joined you for OH NO!, it was a surprising clash of musical styles that apparently blends CHAI’s new wave aesthetic with a Shinichi Osawa flair rather than MONDO GROSSO. It’s a fun dance floor! Do you try to keep your projects sonically separate from each other or do you pull elements from your entire discography when creating a track?

I’m not really a ‘boundary or boundary’ guy. I would venture though to say that this song is like SHINICHI OSAWA producing MONDO GROSSO in the 90s.

FOREIGNER with Asuka Saito is a rock/shoegaze track that was also a surprise to hear on the album. What is the story behind the creation of this song?

“Asuka singing shoegaze”, my friend defined the concept and brought me this project, and I could concentrate on composing. I know it sounds weird, but I always take this kind of irregular concept.

Is there a particular track on the album that you think was the most difficult? Whether it’s composing the instrumental or finding lyrics that fit your theme?

All songs are equally difficult. It’s just that they express themselves differently.

ILLUSORY REFLECTION (幻想のリフレクション) sounds like an extract from MONDO GROSSO’s 1995 album Born Free, when they were an acid jazz band. The inclusion of underground rapper Kamui made the song very nostalgic, almost like What goes up must come down. How did Kamui’s inclusion happen?

My partner and co-author RHYME, introduced me to KAMUI this year. She worked with him on his projects and of course she thought we would be a good fit. KAMUI is a great lyricist and rapper and he has a lot of potential.

You close the album with the title song of the album BIG WORLD with RHYME on vocals. It’s a peaceful album that feels like a thank you note from RHYME for all you’ve created. Is this a particularly moving song for you?

Each song has a different background. This song is underpinned by a beautiful story created by RHYME rather than me. Once again, it is better not to reveal personal impressions so as not to deprive the listener of his freedom by verbalizing details. It’s all a matter of sensitivity.

Speaking of RHYME, in 2017 you started making music as part of RYHME SO. How did it go as a duo on this project? I imagine that was quite liberating for you.

I can say this is one of the most epic musical events that has happened to me in the past 4 years. And RHYME SO is about to release an album soon. I’m sure it won’t disappoint you.

Together you also opened an all-vegan restaurant in Shibuya called THE NUTS EXCHANGE. How did the idea of ​​opening a restaurant come about?

It’s about diversity and options to make the world a better place. Please come down and enjoy!

You’ve been creating music since the late 80s, as a musician with such a long history in the industry, are there any artists or genres from the last decade that have really excited you?

There is nothing special to mention here. Maybe I’m an Aquarius.

*EDITOR’S NOTE – According to Google, Aquarians are into alternative, jazz-fusion, electronic dance music, and all forms of experimental music.

Are there any artists you would like to work with for a future MONDO GROSSO track?

I don’t know yet, who knows? Maybe the universe?

Where do you see MONDO GROSSO going in the years to come? Will you still be part of the project or will you pass it on to someone new?

I do not know either. However, it’s clear that MONDO GROSSO has entered a new chapter, and I’ve learned to be more from a bird’s eye view and use characters more freely, so I think I can be more editorial and create more collaborations free. In the future, someone else can take over, like RHYME?

Thank you so much for your time, I look forward to seeing what awaits you and MONDO GROSSO in the years to come. Is there anything you would like to say to your international fans to close this interview?

If you like my music, tell someone. No matter how far AI evolves, like algorithms, person-to-person recommendations are always accurate.