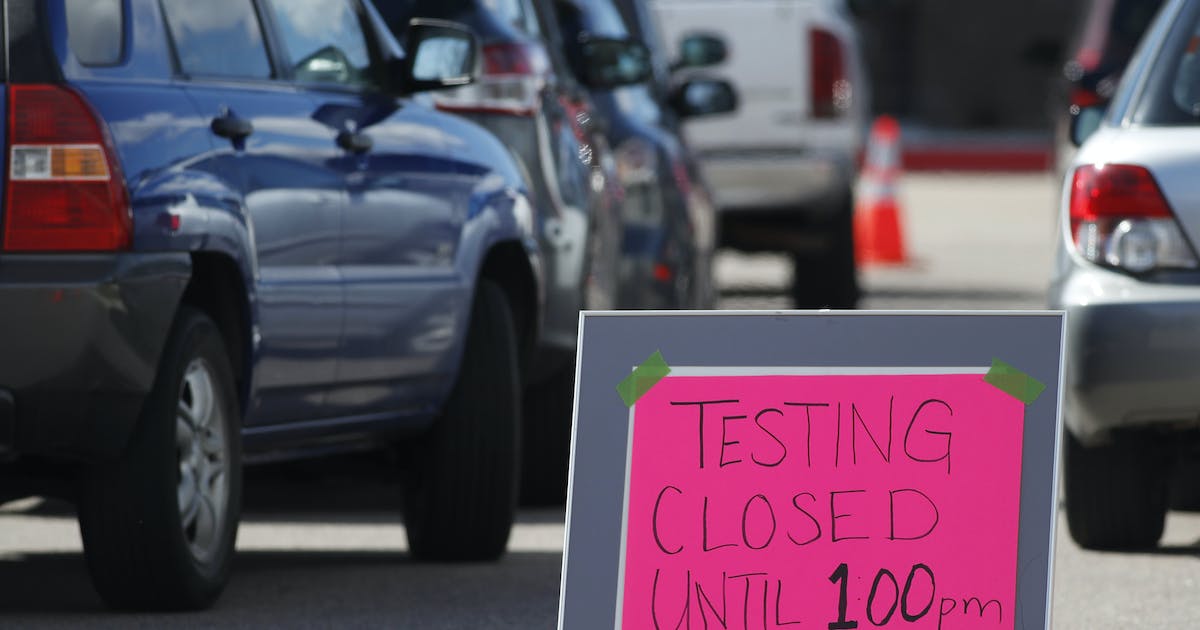 The government and the Federal Reserve are currently providing much needed support to the economy. But that will not end the pandemic crisis. Only the test results ended the financial crisis about 10 years ago. Likewise, we will not end the COVID-19 crisis until we distinguish and separate those who are sick from those who are well.

At first glance, the financial crisis may not appear to draw any direct lessons for resolving the pandemic crisis. Ten years ago we focused on mortgage backed securities and credit default swaps, and today we have to fight a virus.

However, the financial crisis has always been about a “contagious” risk that has spread to the entire banking system, making some banks indeed sick and causing their bankruptcy. We need to take a close look at how we ended the latest contagion crisis if we are to be successful in ending it.

The financial crisis started with the banks and spread to the whole economy. The crisis could only end when depositors and other bank funders knew which institutions were healthy and which were sick.

Not all mortgages and bank loans were toxic, but even savvy investors couldn’t tell which banks had bad debt and which had good ones. Indeed, even a good bank could go bankrupt if it was exposed to a weak bank that could bring it down. With so much uncertainty, depositors and lenders withdrew their money from what appeared to be safe places.

The economy could not function in such a panic. We had to stop the self-quarantine of funds from healthy banks.

As it is doing today, the government has taken many steps to keep the system functioning. The Federal Reserve provided funds to the financial sector to replace the money withdrawn. These steps were extremely important in preventing a doomsday scenario from happening. But these special liquidity programs did not end the crisis.

The Fed recently relaunched almost all of the special programs from the 2008 financial crisis. Again, these programs are needed to prevent conditions from getting worse. But these programs alone will not end the COVID-19 crisis.

The government only ended the financial crisis by testing all the banks to see which were healthy and which were not. The results of these so-called “stress tests” have been made public to inform investors and depositors of banks who could safely absorb the expected losses. Equally critical, weak banks were given public funds to make them healthy so they could withstand future losses.

From early 2007 to early 2009, a measure of how investors perceive the risks of major banks set a new record, increasing by 3,000%. Even after the bailout or bankruptcy of Bear Stearns, Lehman Brothers and Citibank, markets still expected more of the big banks to fail.

But from the announcement of the stress test program to the publication of its results, this measure of banking risk quickly fell by two-thirds and returned to pre-crisis levels.

Bank stress tests are now the norm in the United States, the United Kingdom and the Eurozone, among many other countries and regions.

Today, we simply don’t have the information we need to end the COVID-19 crisis.

There has of course been testing for COVID-19 cases. About 900,000 tests have been reported as of March 29 in the United States. That number of tests translates to around 3,000 tests per 1 million Americans, less than half of what South Korea has accomplished, and nothing compared to a country like Iceland, which has tested 40,000. per 1 million inhabitants. So, we still have a little idea of ​​who has COVID-19 now and who has had it before.

Ideally, we would use direct testing to gather this information, but other monitoring methods could help us point in the same direction. For example, Professor Michael Osterholm of the University of Minnesota called for increased use of disease surveillance to identify the prevalence of the virus in a region given our current limitations in direct testing. My colleague, Abigail Wozniak, proposed a survey-based surveillance system that could provide decision makers with real-time information on trends in infection rates and public responses to current restrictions.

The Federal Reserve is committed, along with federal, state and local governments, to do everything in our power to support our economy during this crisis. But we must also learn the lessons of history, which tells us that our actions will not be enough to get out of the crisis. Only effective identification of the problem will allow this.

Ron Feldman is Senior Vice President / COO at the Federal Reserve Bank of Minneapolis and co-author of “Too Big to Fail: The Hazards of Bank Bailouts” (2004).