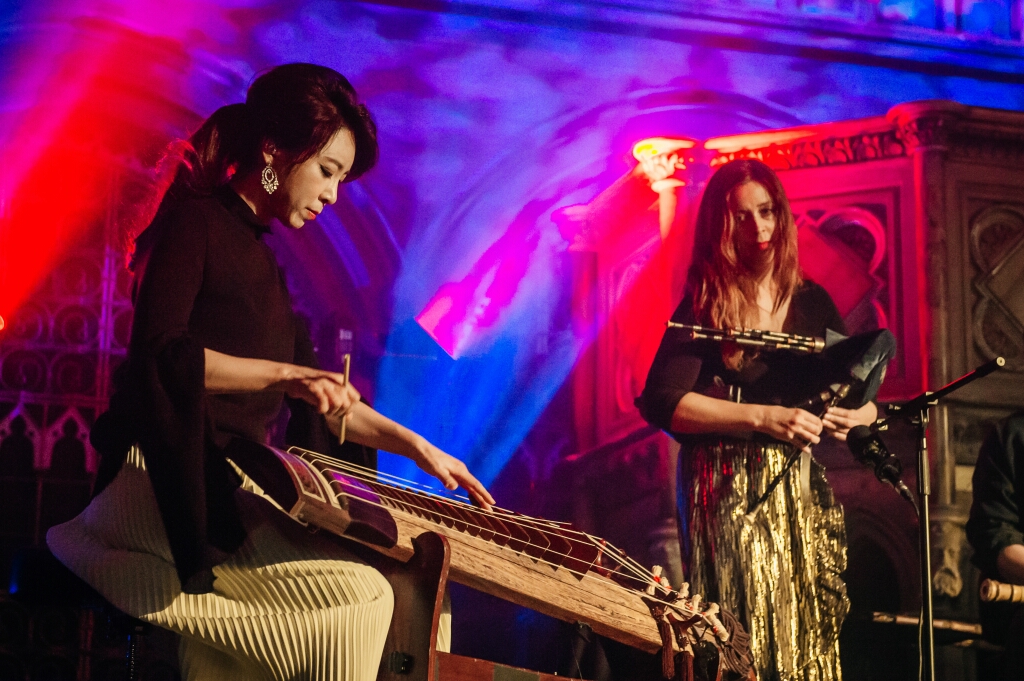 Since then, he’s brought an eclectic range of Korean bands and musicians to stages in the capital, from the sad storytelling tradition of Pansori, to the sound attack of bands like Jambinai or Black String. , multidisciplinary music and dance from Noreum. Machi, the extraordinary sound of the gayageum – half harp, half oud, half theramin – under the hands of the composer Kyungso Park – as well as jazz groups like the Near East Quartet, or the Korean doowop of the Barberettes.

Then there were the collaborations with British artists – like saxophonist Andy Sheppard working with Kyungso Park for an unforgettable night performance at the Royal Albert in 2016, and in 2017 Northumbrian piper Kathryn Tickell took the stage with the band. . Black String, conducted by Yoon Jeong Heo on Zither-like Geomungo. “The audience didn’t know what hit them,” Tickell remembers fondly. “There was that excitement on stage – we knew we were pushing this, but we all loved it. “

The audience didn’t know what hit them – we knew we were pushing, but we all loved it

This year’s festival opens tonight at Kings Place with pop-rock cabaret band AD67, drawing on sacred shamanic and secular ritual and folk music from the Hwanghaedo region in western Korea. Nord to deliver a quintessentially immersive and engaging performance we’ve come to expect from K-Music.

Later in the month, North and South Korea and Wales unite in a musical fusion of Welsh violin music from Gayageum and Angharad Jenkins, while in November British saxophone star Camilla George joins Korean experimental drummer Soojin Suh as part of K-Music and the EFG London Jazz Festival.

“When I was invited to collaborate, my first thought was that I didn’t understand music. I didn’t see where I would fit into that sound, ”Tickell recalls of his collaboration in 2017.“ It was intimidating at first. I had heard their music, I had their album and I felt consumed by it. She and Yoon Jeong Heo – both strong female conductors and songwriters – began exchanging emails with pieces of music, going back and forth about what would work best in the space between two very different cultures. How did Tickell negotiate this space? “The key is not to compromise what you are doing, so if you can find something that everyone is feeling, that what they are doing is portrayed to the best of their ability. But all of these other things are happening as well. , and somehow it’s greater than the sum of its parts, so that’s what I want.

For Geomungo player Yoon Jeong Heo (photo), it was about entering the flow embodied by each of the two folk traditions, from South Korea and northeast England. “I could feel the spiritual depth of Korean classical musical instruments in the pipes of Northumbria,” she recalls, “and the inherent sad emotions seemed to match well. You are maximizing your own strength while using sounds that the other person does not have. If you grab the important point of your partner’s music and layer it on top of your completely different sound, it creates more three-dimensional music.

This was, of course, Yoon’s first time performing with Northumbrian bagpipes. “It was really exciting. I always feel my horizons widen whenever I collaborate with new music, new instruments and new genres, and this collaboration was filled with things that I couldn’t have experienced, and I could feel the meaning of a long history through the music of their performers.

“The main motivation was to get this music out,” Tickell adds, “in any way. It was like that, and it was really awesome. There are pictures of me and Joon looking at us on scene, and you can just see the connection, the fun of what we were doing.

For this year’s festival, Yoon and the band Black String are collaborating with guitarist Nguyen Le at the opulent Grand Junction in Paddington on October 28. Nguyen was a guest on the band’s excellent ACT album, Karma. “Because Black String’s music is energetic and so rich in sound, we have to restructure it to match the music of the guests when we play with them,” Yoon explains. “With the power of Black String and the intensity of Nguyen Le meet, the energy increases.” 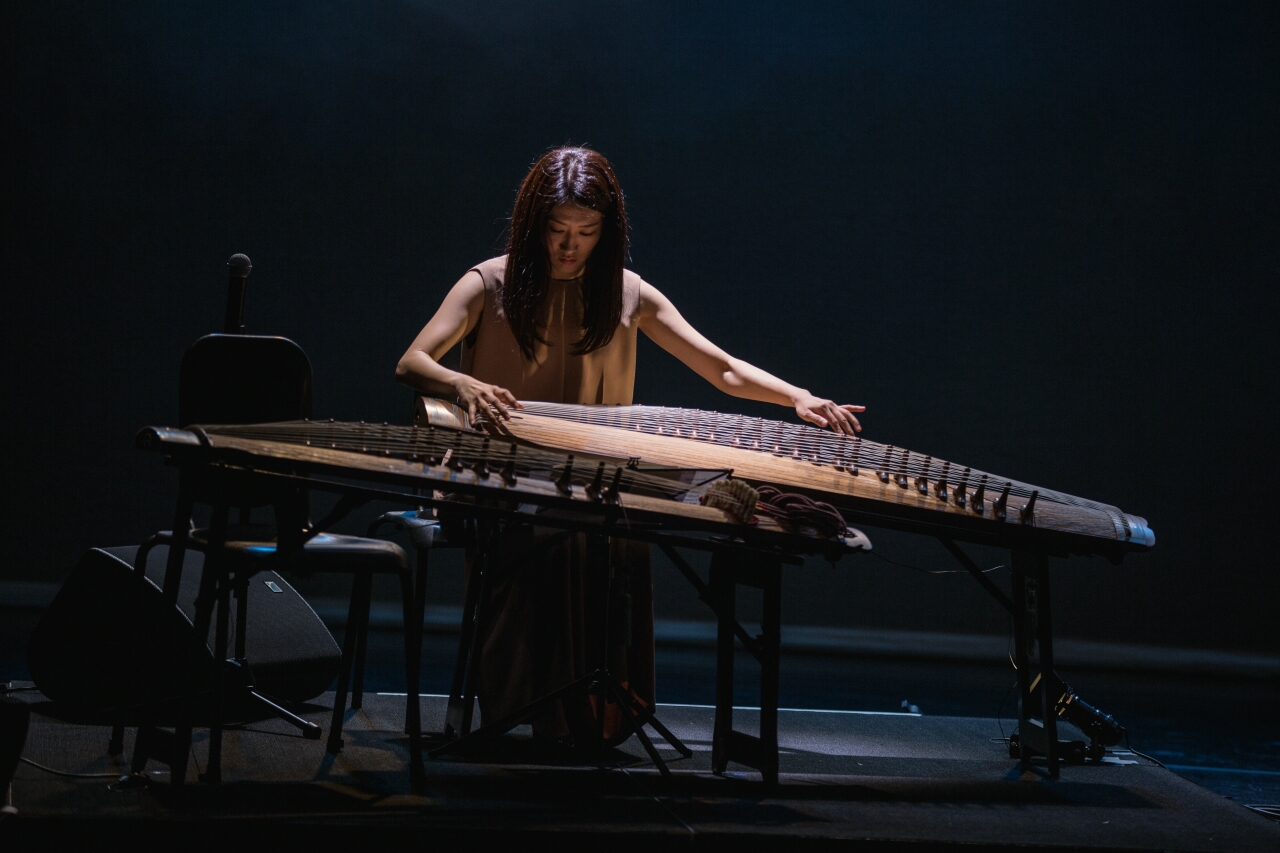 Gayageum performer Soona Park will visit the Purcell Room on October 17. “There is a kind of music that only emerges when you and the other performers can feel the sound, absorb it, resonate with it, sway with it, something that can only be done in person,” Soona Park explains. “After listening to the music of Kyungso and Angharad, I could feel that we were on the same page.”

Fusion, for her, is not so much about shared musical roots extending to new branches, but the shared roots of human feeling, from which all music originates. “An instrument is just a communication tool, and it shows the individual style of the person handling it. If you go back in history, there is no country without pain and no one who doesn’t yearn for their home or love for their family, and so I think all the songs and music contain an essential element of humanity.

For Kyungso Park, working with Angharad and Soona, “I feel like we could create some delicate sounds… It was the first time I had encountered Welsh music so closely, and as soon as I heard it, I could feel it. The scales and tones used in Welsh and Korean music are different, the intervals between the notes are different, and the emotion is different. However, there is, strangely, something in common. Either way, you can feel the sadness and the way it touches your heart – these emotions are in common and, because of that, I think both types of music could be healed. It’s music that touches your heart. 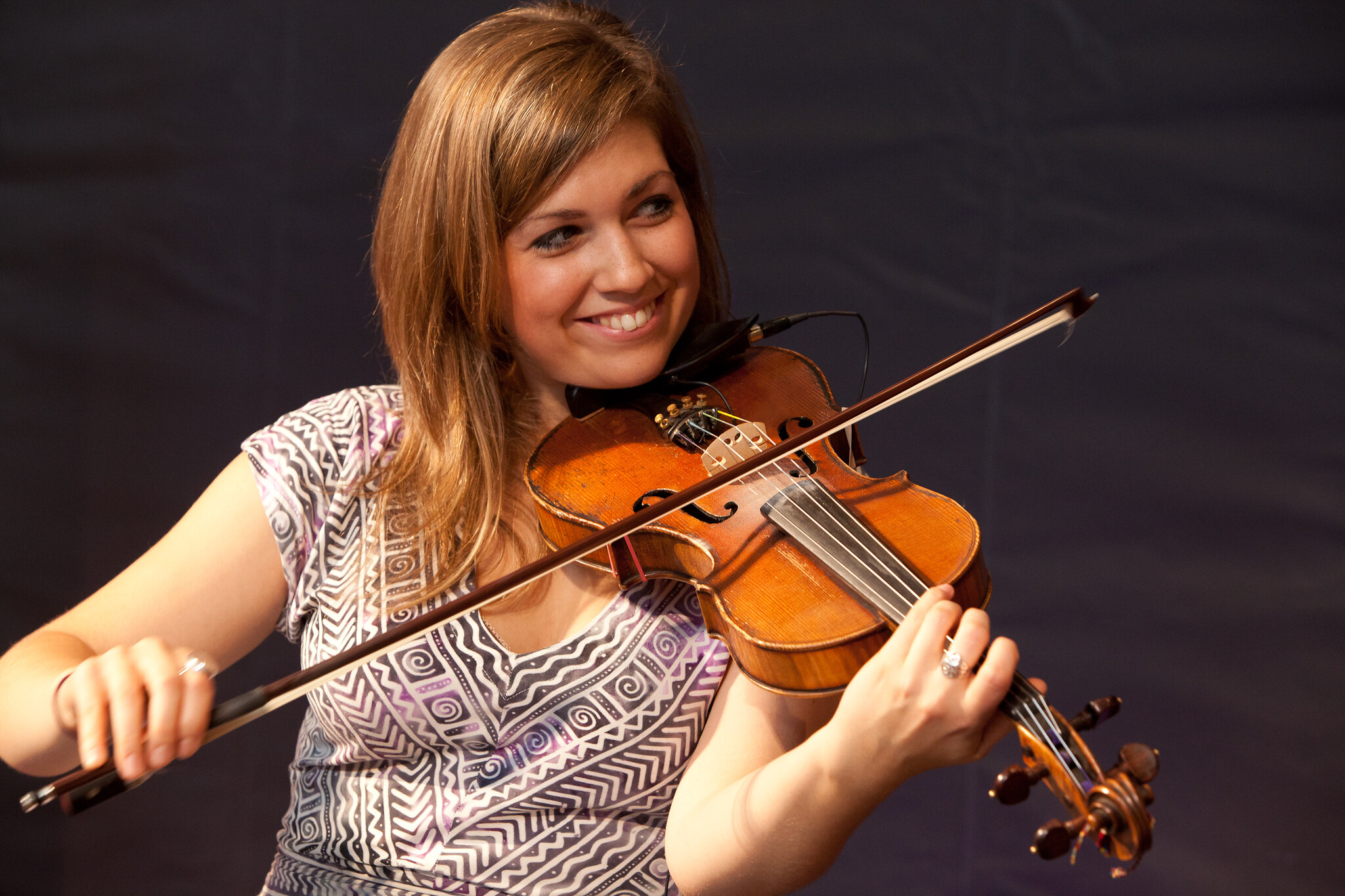 For Angharad (photo), “What excites me about their music is that there is a lot of room for improvisation. There are a lot of things based on the pentatonic scale, which is very free and open to improvisation. Kungso and I are similar in that we respect and have our roots in traditional music, but we had a classical training to give us a level of technical skill, and we also love to experiment, improvise and perform in all kinds of genres. . Like fusionists before them, they’ve emailed and Zoomed in, but she can’t wait for rehearsal day, when they can sort things out face to face. “Everything will work out when we can walk into a room and start playing,” she said.

Kyungso agrees. “I look forward to the moment when we meet in person and create sounds together before the show. It reminds me of working with Andy Sheppard … Oh, now I really miss that moment.

“When we play together,” Soona concludes, “it’s all about the music. Music has no borders or demarcations. As people, we are all the same in our essence, and so when this music is performed on stage, it’s more about what is the same, not what is different.

200 most influential musicians of the past 25 years