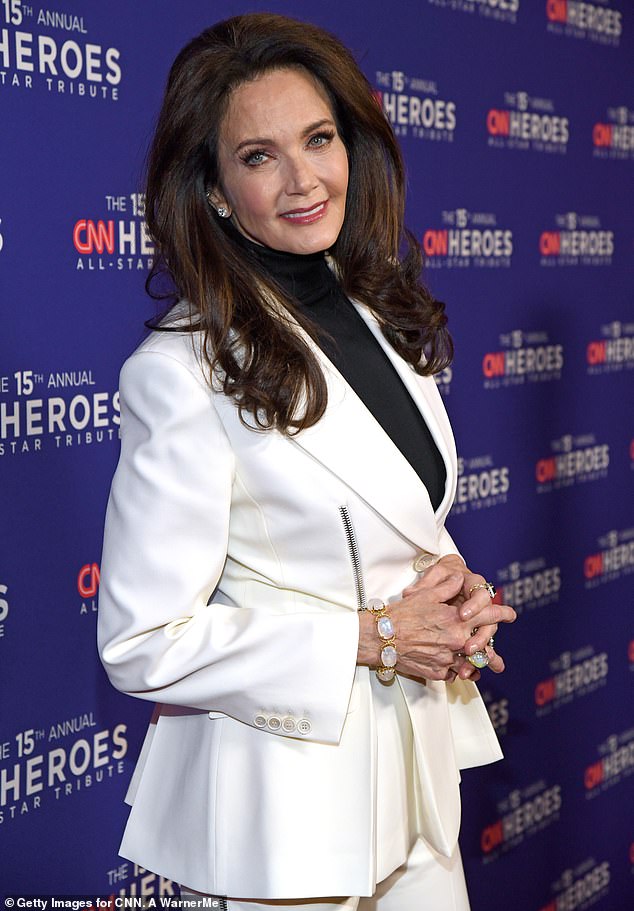 By Paul Chavez For Dailymail.com

The 70-year-old actress stood with her hands on her waist and legs in a wide stance as she arrived at the American Museum of Natural History for the 15th annual event.

Lynda looked lovely in a crisp white suit with a black sweater and completed her outfit with shiny black boots.

She had her dark hair around her shoulders in soft curls and accentuated her natural beauty with smoky eye makeup and glossy lipstick.

Lynda accessorized with sparkling earrings, rings and a bracelet.

The Arizona native portrayed Diana Prince aka Wonder Woman on television for three seasons from 1976 to 1979.

The so-called Wonder Woman Pose has become a well-known pose of power that can be used to increase people’s confidence, according to a popular TED Talk.

Power pose: The 70-year-old actress stood with her hands on her waist and legs in a wide stance upon arriving at the event

Lynda confirmed in October that she would return as Amazon warrior Asteria for Wonder Woman 3.

She made an appearance as “The Golden Warrior” in the post-credits scene for Wonder Woman 1984 where she rescued a baby from a falling pole.

The third film in the franchise was given the green light in December 2020 and will take place in the present. 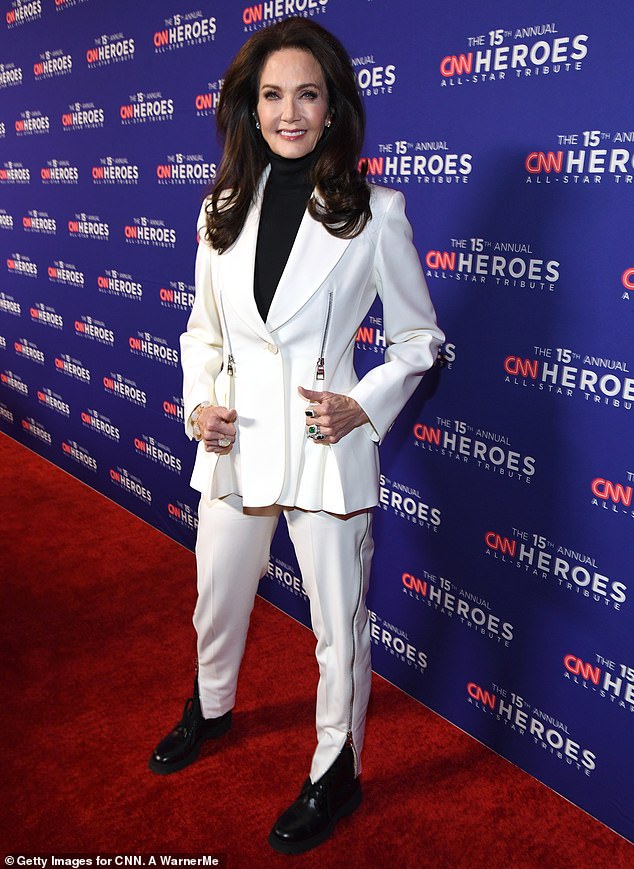 Looks lovely: Lynda looked lovely in a crisp white suit with a black sweater and completed her outfit with shiny black boots

Lynda revealed last month that she was still overcome with grief after the sudden death of her husband Robert A. Altman in February 2021 at the age of 73.

She told the Tamron Hall Show that she cried “three times a day” for her late love, who died of complications from a medical procedure at the age of 73.

The veteran actress also said she found solace in watching David Bowie’s widow Iman, 66, come to terms with her grief over the music legend’s death in early 2016. 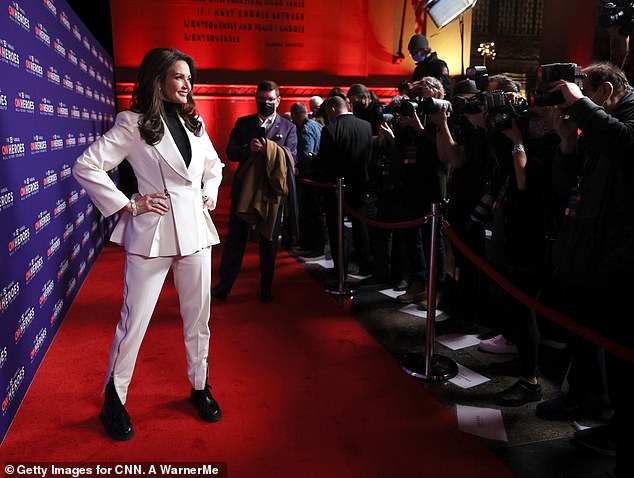 Confidence Booster: The so-called Wonder Woman Pose has become a well-known power pose that can be used to increase people’s confidence, according to a popular TED Talk

Lynda said publicly facing her own sudden loss could help people who have had to say goodbye to loved ones on little notice due to COVID-19.

“I feel like I need to get up and dust myself off, put one foot in front of the other and be as brave as possible, even when I don’t feel like it, to overcome the grief,” said she declared. continued.

“And I cry probably three times a day,” she added. “In the morning and at various times when I think about him. And as I say, Iman gives me hope, that all these memories will be the ones that will not make me cry, ”she said. 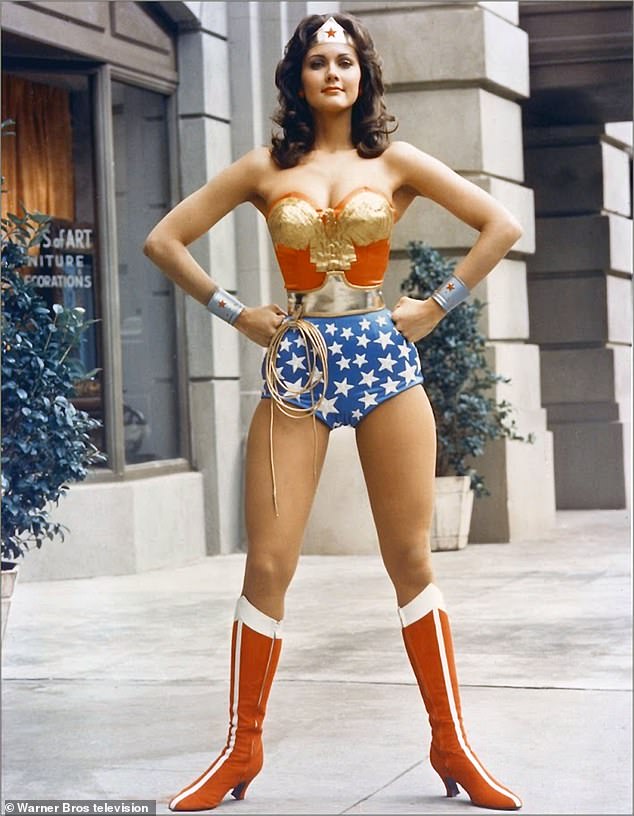 DC Comics: Lynda is shown in 1970s promo for Wonder Woman based on DC Comics character