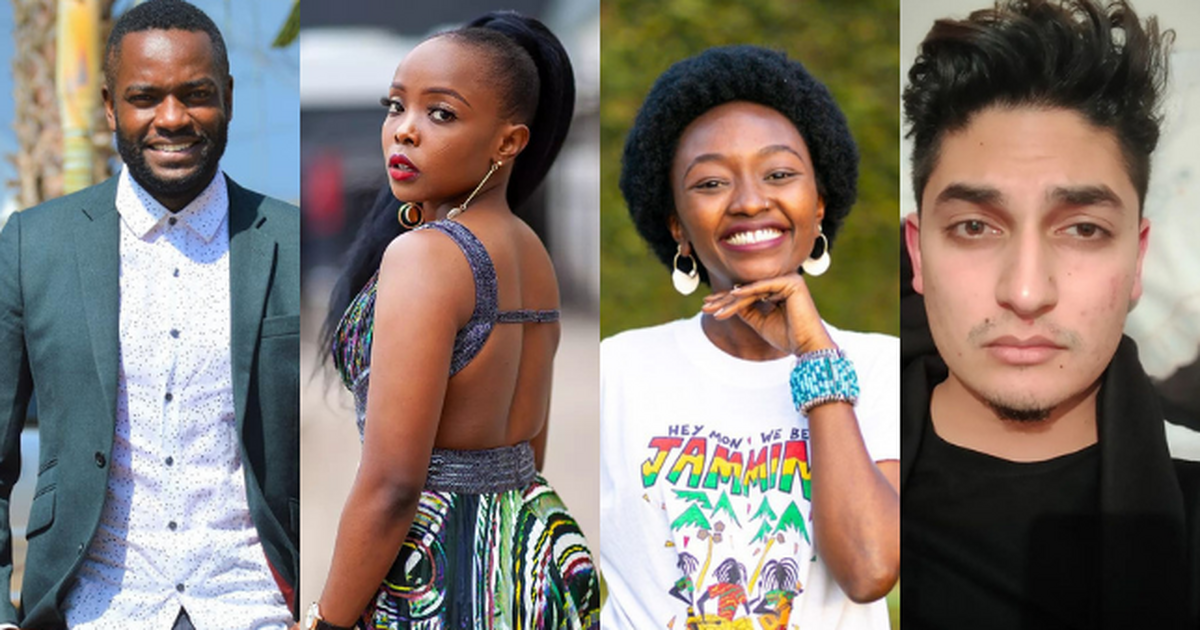 The feature film, which was co-directed by collective members Akati Khasiani and Mars Maasai, explores what happens when an ordinary girl confronts a powerful adversary at great personal cost.

TMTC has been described as a slow-burning cerebral and dramatic thriller. It claims the unique narrative of looking back into Kenya’s political past and then exploring the present, as well as imagining an exciting potential speculative future, to explore the resistance of individuals and communities.

Nyawara Ndambia is a passionate adrenaline junkie, and lover of the arts and life. She began her acting career after high school, joining the Phoenix Theater in 2014. Right after her first play, she ventured into film, with “Before and After” being her screen debut.

She has appeared in Maisha Magic’s films ‘Lost Innocence’ and ‘Sheila’, as well as more recently in the Kenyan blockbuster ‘Supa Modo’.

Melvin Alusa is a professional stage, film and voice actor, with over 16 years of experience both locally and internationally. His diverse theatrical work has featured straight plays, musicals, and dramatized poetry.

Some of his works here include The Theater Company’s Githaa, Silence is a Woman by acclaimed playwright Sitawa Namwalie, The Two-Handed Alpha Beta, among others.

He has appeared in several international films, including The First Grader alongside prominent Hollywood actress Naomie Harris, as well as the Netflix hit The Boy Who Harnessed the Wind, and most recently the hit television series Crime and Justice, currently airing on ShowMax. Melvin is also an avid fitness enthusiast who enjoys running, boxing, endurance training, and weight training.

Emmanuel Mugo is a passionate and energetic stage, film and television actor who made his debut in 2009 with Jawabu Quality Productions, a touring theater company. Mugo has also worked prolifically as a stuntman, with roles in notable projects such as the Netflix series Sense 8. He has also starred in beloved Kenyan TV shows like Tahidi High, This is Life, Selina, Sue na Johnnie, MaEmpress, and KINA, from 2012 to the present day.

Emmanuel has also worked in feature films, with roles in exciting projects such as the reflection film Pillow Talk and the recent blockbuster, Mission To Rescue, Kenya’s first military-themed action film.

Tirath Singh started her work in theater, dance and drama in elementary school at Saint Mary’s School in Nairobi, and is still thrilled and enchanted by it all to this day, at 26 years old. He starred in the famous Kenyan / Danish co-production feature film, Subira, for which he was nominated for a Kalasha Award for Best Actor.

He has also performed on the Kenyan stages in various musicals and shows, such as Robin Hood The musical, Cinderella and a traveling theatrical interpretation of the famous farce Run For Your Wife.

Mercy Mutisya made her professional acting career debut in Too Early for Birds (Brazen Edition) in 2017. This paved the way for other work in film and television, like her feature in the experimental film. Kenyan Tales of the Accidental City where she played Jacinda. , and her most recent film, the highly anticipated 2021 Abel Mutua comedy “A Big Little Lie”, where she plays Ziada.

Dr Akati Khasiani is a storyteller and musician. She DJs under the name Atiani, favoring old-skool and retro mixes. She is one of the main artists of Strictly Silk, a unique dance party whose guests, performers and service providers are all women and non-binary people.

She has a keen interest in the presence and participation of queer people and women in and around African cultures, communities and spiritualities. Her work has been published at Jalada Africa, and she has extended her storytelling practice to film and other genres.

Mars Maasai is a DJ, music producer, sound engineer and sound engineer for The Nest Collective. His style of music production has evolved over the years from edits, remixes and bootlegs to tracks that include recordings of himself as a singer / rapper or his collective companions.

His interest in cinema and film sound was fostered by the collective and has since seen him create scores based largely on soundscapes rather than instrumentation-based approaches.

Njeri Gitungo is a producer, DJ, musician and member of the Nest Collective based in Nairobi and heads the production arm of the Nest Collective, handling the making of films, music videos and events. These include: “Tuko Macho” (2016), The Nest’s largest film production to date; “We Need Prayers”, the series that contributed to the opening short film of the 2018 Rotterdam International Film Festival.

She is also the executive producer of Strictly Silk, a dance party with all performers, guests and event service providers made up of diverse populations of women and non-binary only. She is a DJ under the name Ziggie. As a DJ, Ziggie’s sets specialize in Afro-house, R&B, dance and house music.

JP is responsible for communications and oversees Nest’s communications activities, including engaging our audience through our social media channels, website and newsletter.

She is part of the production team of the Collectif and also develops in the practice of the DJ. She has a background in anthropology, which has enabled her to understand the many different aspects of the human experience, which allows her to relate to our different groups of audiences.