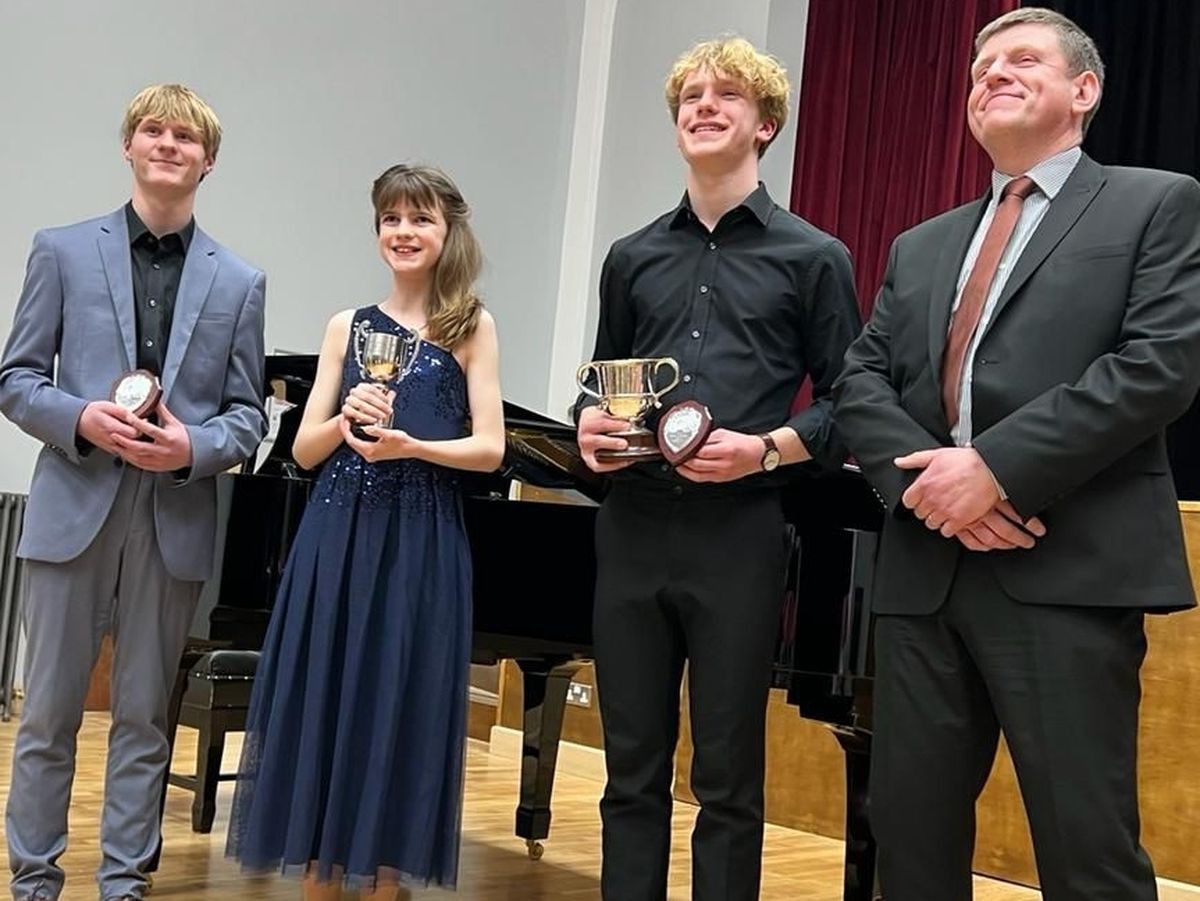 Paul Turner was given the role of guest judge at the Stafford Grammar School Music Festival, where 22 pupils performed for the principal timpanist.

Paul presented the senior trophy to 17-year-old Tristan Van der Linden, who stole the show playing saxophone and piano in a performance of Ray Noble’s Cherokee.

Ailish said: “I couldn’t believe it because everyone was playing brilliantly. It was such a privilege to play in front of such a professional musician and to have feedback from him.

“When I got on stage and started performing, the nerves faded and my confidence grew. In the end, I loved it so much I didn’t want to leave.”

Over 60 musicians between the ages of 11 and 18 auditioned for the chance to show off their talent in front of the VIP guest, 22 of whom made the final cut.

Singers Josie Lamplough and Francesca Fitton came second in the senior group, with Matthew Gommersall finishing third, while Olivia Lamplough and Charlie Dyble took second and third place on the podium in the junior category.

In a role he held for nearly 25 years, Paul performed across the world. Besides his work with the BBC Philharmonic, he has performed as a guest timpanist with many internationally renowned orchestras and is also a tutor at the Royal Northern College of Music.

“They played with total conviction and while they were doing it, you had no choice but to listen to them and be emotionally touched by their performance,” Paul said.

“Although I never imagined that I would become the main timpanist of the BBCPO, at the age of 14 I knew that I had simply had to play the drums because I loved it.

“I had no desire to do anything else because the ‘disease’ of music found me and has never left me since. I am passionate about making everyone understand that music is accessible and open to all of us, and that if you work really hard and have dreams, you too can find real pleasure and success.