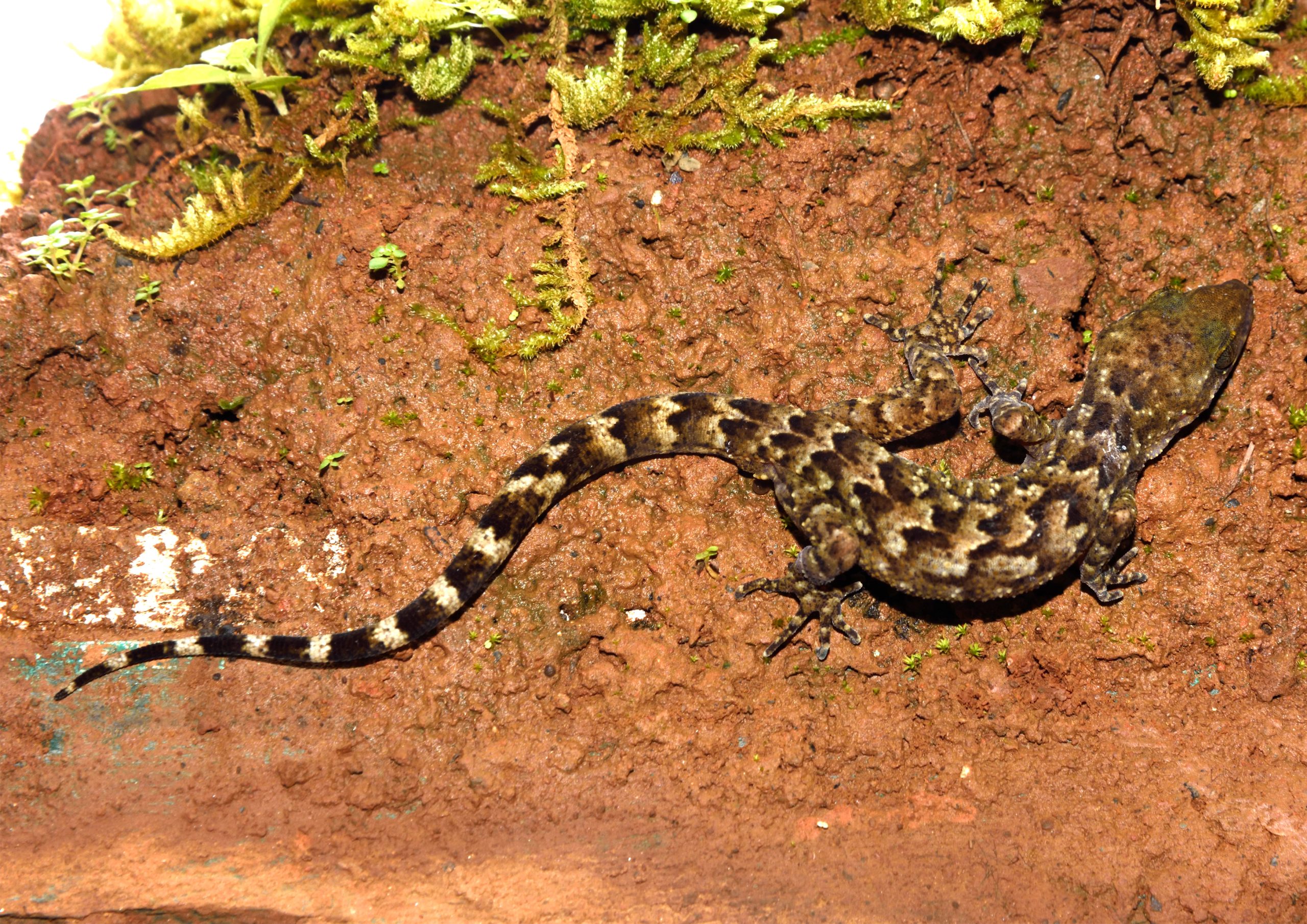 Guwahati: The Indian Army now has a gecko named after it. An Assam herpetologist, Jayaditya Purkayastha, has named a new species of bent-toed gecko, which was found at a military station, after the Indian army.

“One of the best ways to serve the motherland is to protect her and her citizens and who better than the Indian Armed Forces. The greatest fear that haunts us is our death and the military embrace death for our well being As long as I live I will be indebted to the armed forces of my country and it is my tiny contribution to the forces that make us sleep peacefully with the belief that our nation is in good hands,” said Dr Jayaditya Purkayastha, Secretary General of Help the Earth Tell IsMojo.

Purkayastha said the species is only known from the type locality inside the Umroi army cantonment area. The type series was collected from a very small rocky plot in the cantonment area. All individuals were collected just after dark from rock crevices.

“During the investigation, we found no Cyrtodactylus in the entire cantonment area except in this patch.”

As part of the ongoing research to uncover the herpetofaunal diversity of northeast India, a team of researchers including Dr. Jayaditya Purkayastha and Sanath Chandra Bohra from Help Earth, Yashpal Singh Rathee from Umroi Army Station , Hmar Tlawmte Lalremsanga, Vabeiryureilai Mathipi, Lal Biakzuala & Lal Muansanga from Department of Zoology, Mizoram University and Beirathie Litho from RMSA School in Lobo discovered two new species of bent-toed gecko, one from Meghalaya and one from Mizoram.

Their findings were published in the EuropeanJournal of Taxonomy.

The new Mizoram species have been given the scientific name Cyrtodactylus siahaensis and the English name Siaha bent-toed gecko. The species was named after Siaha (capital of Siaha district), where the species was found. The suggested local name is Khotlia (meaning bent-toed geckos in the ethnic Mara language). This species was found in the type locality near human settlements in the town of Siaha. Being a strictly nocturnal species, they are most active two to five hours after dark.

Hmar Tlawmte Lalremsanga of Mizoram University said IsMojo: “Individuals of C.siahaensis are found in the anthropic zone of the city. What we need is conservation awareness and an action plan.

The genus Cyrtodactylus is represented by about 320 species worldwide and is the third most specific genus of vertebrates in the world. Members of the genus range from South Asia to Melanesia with great diversity in South Asia. Northeast India is now home to 16 species of bent-toed geckos.

The Meghalaya population was a sister of C. guwahatiensis from the city of Guwahati of the metropolitan district of Kamrup, Assam and the people of Mizoram was a sister of recently described C. bengkhuaiai of Aizawl district, Mizoram.

The study indicates that the new gecko species are both nocturnal and rarely encountered. Very little is known about their natural history and the scientists involved in the study suggested that the new species described here should also be considered Data Deficient (DD), according to the IUCN (2022) categorization, due due to the fact that all specimens were only known from this region.

The authors stated that knowledge of many reptile species in northeast India is limited and further detailed research needs to be done here.

Orutu player in collaboration with an electronic dance musician