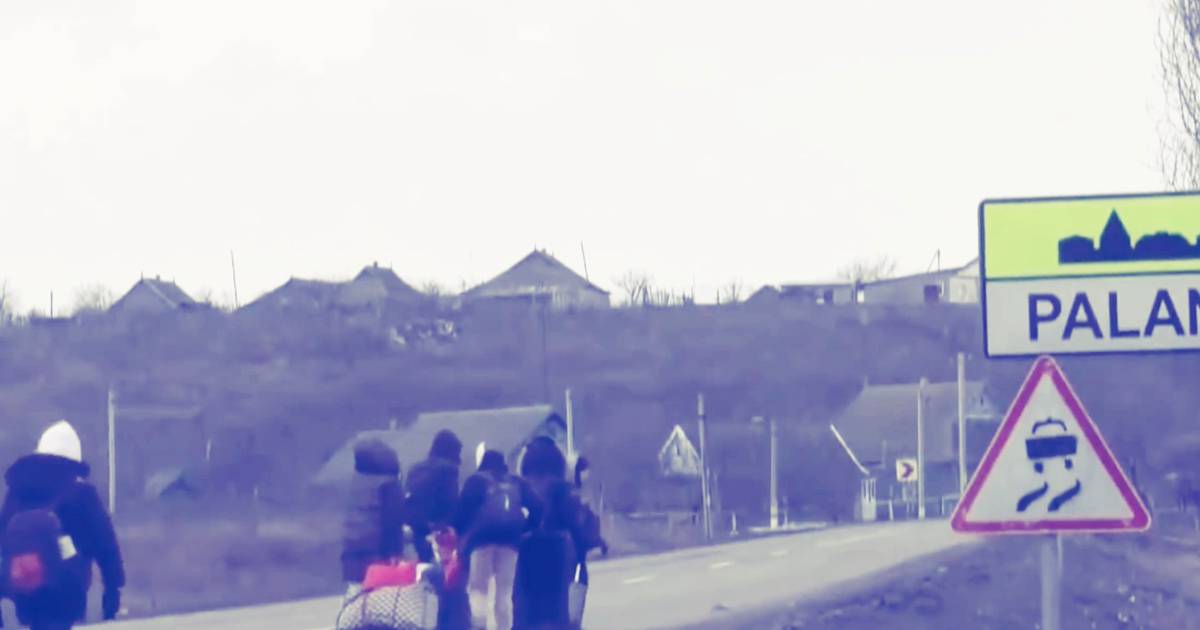 An Auckland-based musician is set to release a new music video, with 100% of the money raised in royalties to benefit those affected by war in Ukraine – and he wants other artists around the world to join in to cause.

Paul Marshall, who goes by the music name e=mc3, will release his new music video Who Are All These Angels on Wednesday morning.

All proceeds will go directly to the Red Cross, to provide humanitarian aid to millions of Ukrainians. Anyone who views and shares the video will help raise funds for the people of Ukraine, with no requirement for people to make a personal donation.

“The good thing about royalty income is that if I can get big enough and get enough international artists involved, it could actually generate a lot of revenue in the months or even years to come,” Marshall told 1News. .

And he has the contacts to help.

Marshall – a highly acclaimed and respected songwriter, musician and music producer based in Auckland and hailing from the UK – has traveled the world with his band Hangar 18.

He has a long list of credits, including performing with The Cure in 1994, and alongside acts such as Silverchair, Collective Soul, No Doubt and Ocean Color Scene.

But he has no monetary goal in mind for this fundraiser.

“I feel like I’m doing what I can on this side of the world as a musician, and I had this idea and I hope it catches on and other people get involved, it becomes something bigger.

The idea was born after Marshall saw a report on television about a Ukrainian woman who lost her home, her job and is now permanently disabled after an explosion ripped her leg off.

“It hit me hard that someone like that gets tangled up in this absolute mess and it has nothing to do with her, it’s not her fault in any form and there she is. victim.”

Marshall also said it struck a personal note for him, having lost his grandfather who fought in World War II. They never got to meet.

Meanwhile, her mother and grandmother had to flee London during the war.

But the song, Who Are All These Angels, written about sudden death was originally in response to people who have lost family and friends to Covid-19.

Marshall said he wrote it in August 2020, but the same message applies to the Ukraine catastrophe with the tragic loss of innocent lives.

“This war has affected ordinary people, just like you and me. A few weeks ago, the Ukrainian people were going about their normal daily lives, and then in one case, their world was turned upside down.

“Some of the horrifying images and stories of these desperate and brave people tore a huge hole in my heart. As I sat watching I had to think about what I could do to try to help these people in case of need.”

The money will go to the New Zealand Red Cross, with New Zealand representative Shane Chisholm saying he was “tremendously grateful” Marshall chose them for the Music Videos For Change project.

He said the funds will be used to support work undertaken to address the significant humanitarian crisis unfolding in and around Ukraine.

The music video for Who Are All These Angels will be uploaded at 5 a.m. Wednesday here.

This project comes after Marshall was previously involved in a tsunami relief concert in 2005, which generated tens of thousands of dollars for the Red Cross to help tsunami survivors.

4 of the coolest cities to visit in the UK

Here’s why film crews were in Hastings and Camber