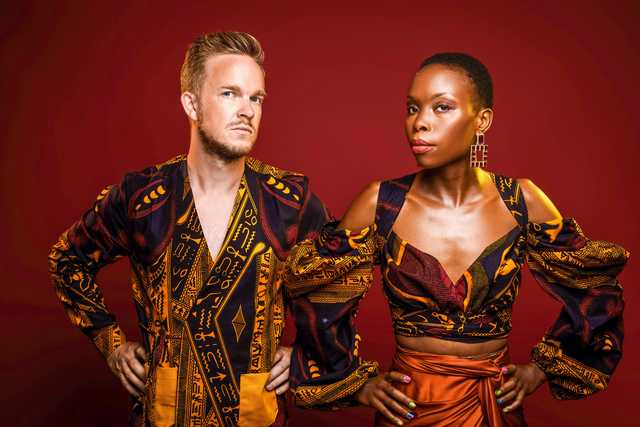 Orutu player in collaboration with an electronic dance musician

It’s hard to imagine a bolder musical adventure than combining the acoustic rhythms of an indigenous stringed instrument with cutting-edge electronic dance music.

This cross-cultural experimentation is the product of a Kenyan-Norwegian duo known as Unganisha who officially released a new EP titled “Kucheza” last Friday showcasing their bold fusion of traditional and contemporary styles.

The two met through a mutual friend and quickly exchanged creative ideas via WhatsApp.

“We started this collaboration by randomly sending each other voice notes and samples over the phone and what was just an experiment turned into an incredible project that we presented to audiences in Kenya and Norway,” says Labdi. .

The two musicians met physically when Labdi participated in the Oslo Afro Arts in 2017 thanks to the support of Music Norway, the country’s official music promotion body. They only had two days to put on a show that eventually gave birth to Unganisha.

The release of the five-track EP came as Labdi had been in Oslo for three weeks preparing for the premiere of Mamarina, a stage performance, based on one of the band’s songs about identity and acceptance.

2021 has been a fulfilling career year for her, learning music production skills in South Africa, participating in Co-Creative Spaces, an artistic research program, and recording several musical collaborations with artists around the world.

She has also performed for the current season of World Music Sessions for St John’s College, University of Oxford, which combines world music research with live performance.

Its objective is to encourage young musicians to venture into the practice of authentic African instruments, which risk disappearing if they are not transmitted from generation to generation.

“I challenge gender-based notions in traditional music,” says Labdi. I do this to inspire women to take on different creative roles and to push the agenda that women can and will do anything.

Each week, she uploads an orutu rendition of popular songs to her social media pages as part of exploring the possibilities that lie in fusing traditional instruments with contemporary music.

There are videos of her playing a variety of Kenyan pop hits, Amapiano, Bongo and rumba, just about every popular genre given her unique touch.

The title of the EP “Kucheza” is a reflection of experimentation, collaboration and the fusion of different cultures to create music.

“We gave it that name because that’s our approach to making music,” the band says of the 5 songs. “We play a lot and experiment freely with few limitations.”

The energy of the album is given by the opening track “Chunya”, a fast-paced song propelled by the hypnotic voice of Labdi weaving lyrics between English, Kiswahili and Dholuo.

Drummer and vocalist Kasiva Mutua adds her drumming and vocal skills to two songs from the EP, the infectious dance groove of “Koro” and “Lwang’ni Hotel,” a humorous tale inspired by a food stand located on the shores of Lake Victoria where people gather for Nile perch and other delicacies despite the swarm of lwang’ni (flies).

“Leko” is a sequel to the band’s previous single “Mamarina”, the story of a girl who travels through the world of dreams in search of herself, struggling between the conscious and the subconscious.

“We are not trying to create a specific genre or style of music, we are always free to explore any direction that seems interesting to us”, explains the duo in a press release announcing the release of the EP.

“Unganisha is more than music,” they say. “We are also inspired by learning about each other’s cultures and spending time together in Kenya and Norway.”

Labdi officially trained as a visual artist at Kenyatta University and she applies her skills to creating exciting and bright visuals to accompany music, as can be seen in the artwork for all of their songs.

Bernt is constantly experimenting as a songwriter and producer, challenging the band to venture into uncharted territory as they create their music.

“Bernt pushes me to dive into the most obtuse and distorted sound styles and creating a song is always a journey. My orutu had been sampled and made to sound like a random instrument,” says Labdi.