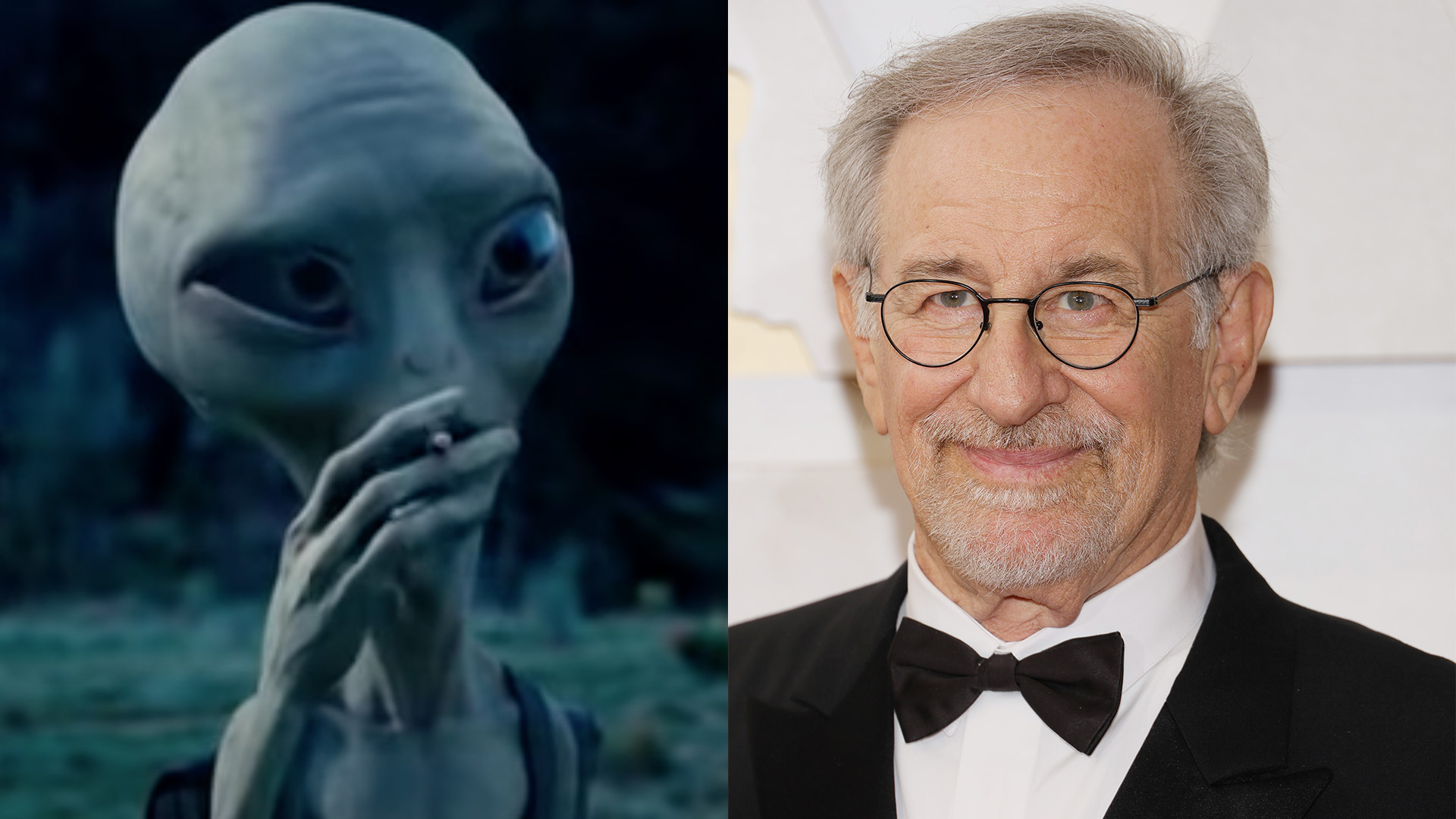 Paul and Simon Pegg’s director on making this Spielberg cameo

What if one of the greatest sci-fi movies of all time had an honest alien contribution to goodness from outer space? It’s a bit of a goofy question, but one that inspired one of the biggest cinematic cameos ever to hit the big screen.

We are of course talking about 2011 Paul (currently streaming on Peacock), a sci-fi comedy in which a pair of UFO enthusiasts (played by the inimitable Cornetto Trilogy duo of Simon Pegg and Nick Frost) embark on a road trip with a genuine extra- earthly. The laid-back cosmic castaway (voiced by Seth Rogen) has more in common with Roger’s character from American Dad! than it does with the extraterrestrial beings that we often associate with the science fiction genre. He’s just a regular dude who, without his bulbous head, would blend in with any crowd.

Paul has been on Earth for so long that he has effectively assimilated into our culture and, in some cases, influenced it. That brings us to a brief but jaw-dropping cameo from the one and only Steven Spielberg who – at least according to this movie’s universe – came up with the idea for ET’s healing ability by harnessing the otherworldly knowledge of Paul in the early 1980s.

“Nick Frost and I had worked with Steven on Tintin early 2009,” Pegg, who co-wrote the screenplay with Frost, told SYFY WIRE via email. “We told him all about Paul while we were spinning. We brought up the idea that in the mythology of our film, Paul had been his adviser while he was filming HEY He loved the idea and jokingly suggested a cameo. Nick and I immediately ended the scene and restrained him. Being the gentleman that he is, he followed through on her suggestion.”

It was only natural, given that the project was always intended to be “a love letter to ’70s sci-fi movies, especially Spielberg’s,” says Paul director, Greg Mottola (super bad, Adventureland). “Needless to say, I’ve held Steven in high regard for all the decades since I saw Jaws at the age of 11. He is unquestionably our country’s award-winning filmmaker, if there were to be such a thing.

PaulThe short flashback to 1980 takes place inside a mysterious warehouse filled with crates to the ceiling. “It was something that Greg Mottola and the Double Negative [VFX] team found in post,” Pegg says of the set’s nod to The Raiders of the Lost Ark. Paul sits at a table, smoking a cigarette and advising a young Mr. Spielberg on the details of a little coming-of-age tale that two years from now will generate hundreds of millions of dollars and captivate audiences around the world. whole world.

“I want him to have some kind of special power, you know what I mean?” says an enthusiastic Spielberg on the phone. “Something… messianic.”

Paul suggests the concept of “cellular revitalization” or the “restoration of damaged tissue through telepathic manipulation of intrinsic field memory.”

” What does that mean ? asks Spielberg.

This fascinates the director. “Yeah, right – healing!” he exclaims. Like by touch or something like that. Maybe his finger lights up at the end when he reaches out and touches? !”

“Maybe,” Paul says, clearly pleasing the filmmaker. “You know, sometimes I find that less is more.”

“Hey,” Spielberg says as the camera presses the speakerphone. “Trust me…”

Words to live. Two years after that little clandestine conversation between an alien consultant and a Hollywood titan, ET: The Extra-Terrestrial hit theaters, becoming the highest-grossing film of 1982 and an instant cinematic classic.

Nominated for nine Oscars – including Best Picture (which it should have won, by the way) – the film spawned a host of imitators and became deeply embedded in the fabric of popular culture, opening up the way to movies like Paulwho find clever ways to pay homage and re-contextualize media that we have all cherished for decades.

“That day we all got together on an ADR stage in Los Angeles,” Mottola recalled of the recording session with Spielberg. “Unsurprisingly, because Steven was going to be there, we had a considerably larger gathering of actors, producers and executives than usual. Seth Rogen was there [because] he and Steven were going to do the lines together. I remember when we were finally rolling, our sound engineer would wave me to hold on for a second. There was an agonizing silence and Steven asked, ‘Is anyone going to call for action?'”

Pegg continues, “He came alone, without fanfare, in his baseball cap and bomber jacket and did the scene several times with Seth. talking feeling. I remember him denying that there was some sort of messiah metaphor at work in HEY, but he still said the lines as expected. Nick and I just sat there and pinched ourselves. We do that a lot.”

There’s something so indescribably fun about messing with genre tropes like a big meta, while having the people who helped create them agree to join in on the joke. Paul takes it a step further with the casting of Sigourney Weaver (famous for fighting Xenommorphs as Ellen Ripley in the Extraterrestrial series) as a sleazy government figure trying to capture Rogen’s star man.

“I remember after Steven saw the movie, he sent me a lovely email, saying how much he liked the movie and that there were so many references to other science movies. -fiction, he developed a nervous tick,” reveals Pegg, who teamed back with Spielberg several years later to Loan player one. The actor concludes, “I have so much love and admiration for him. It’s a combination of massive professional respect, deep gratitude for the movies he’s made, and genuine affection for a guy. sweet and big-hearted. He’s my hero.”

Paul is currently airing on Peacock.