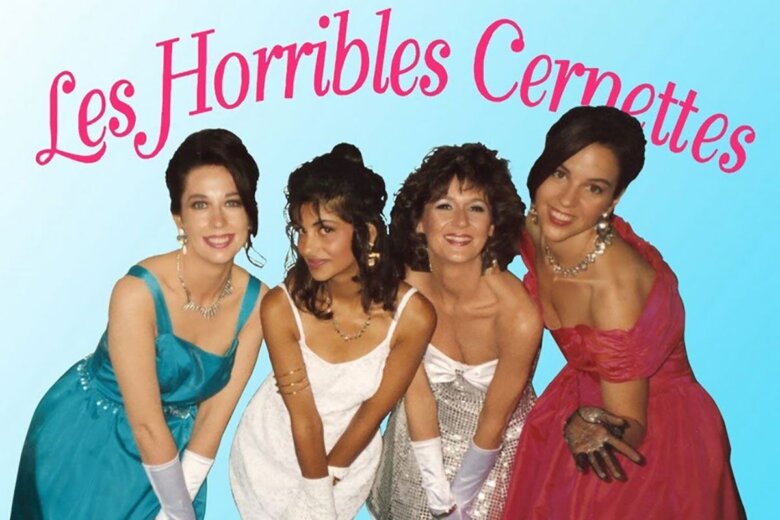 A DC-area musician, Lynn Veronneau, has been pictured in the first-ever photograph uploaded to the World Wide Web.

Even though photo sharing on social media is ubiquitous in 2022, a DC-based singer can remember when no one posted photos, as she was featured in the first photo ever uploaded to the World Wide Web.

Lynn Veronneau grew up near Montreal, but by the early 1990s Veronneau had been trained in classical singing in France and was a member of The Cernettes – an all-female Franco-Swiss band, based at the CERN lab in Switzerland. CERN is derived from the French acronym for European Council for Nuclear Research.

One evening, they are getting ready for a show.

“We were backstage, all dressed up,” Veronneau said. “We just struck a pose.”

Silvano de Gennaro, a computer scientist at CERN, took a photo of the band to use for promotional purposes, but realized the image was too cluttered for an album cover.

“It was backstage, so it was just loads of dresses,” Veronneau said. “Photoshop was brand new, so he had to Photoshop the background.”

A few years earlier, in 1989, British scientist Tim Berners-Lee invented the World Wide Web while working at CERN. On July 18, 1992, this scientist uploaded Cernette’s photo to the web – the first time a personal photo was posted online.

Berners-Lee created a web page for the photo, which de Gennaro estimated was likely 120 by 50 pixels and took a minute to download.

When asked if she remembered if the group chose the photo in question before it was uploaded to the web: “That’s a good question, I don’t remember seeing it in print . I looked at the photo on the band’s website, which was the very first band website in the world.

The Internet, which at the time was written with a capital I, existed before the web.

“At that time, there were other images on the net, but they were all scientific. They were data-driven, or it was about a scientist,” Veronneau said.

“At some point you realize, ‘Wait, this can be used with images for general communication, for art, for entertainment.’ So it hadn’t happened until it happened.

Now she and her husband, Ken Avis, use social media to promote their acoustic and multilingual jazz band, Veronneau.

As to why photo sharing has become so popular? “It’s cliché, but it’s worth a thousand words.”