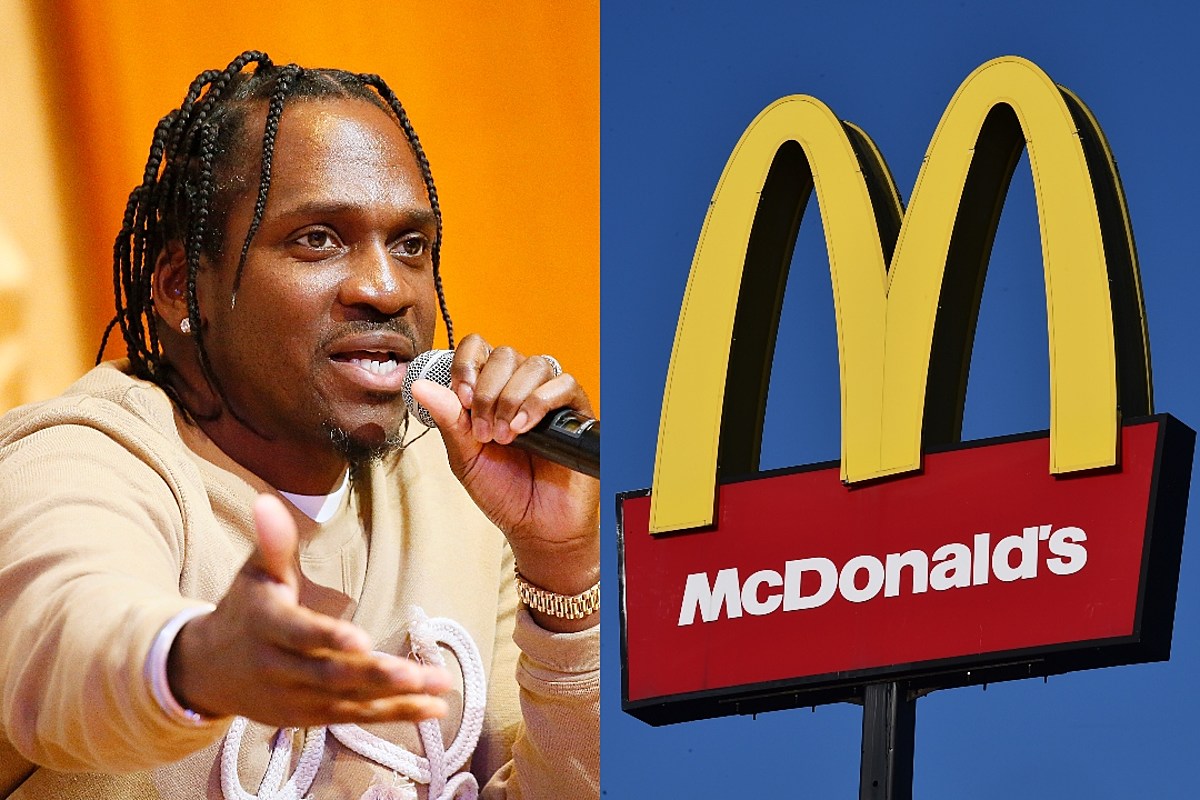 Pusha-T has real beef with McDonald’s and it goes back a long way.

Today (March 21), Push released a diss track with Arby’s aimed directly at McDondald’s. At first glance, the movement seems random and strange. But the motivations actually run much deeper than just a for-profit marketing plan.

According to Push and music industry veteran Steve Stout, rapper Clipse helped create McDonald’s iconic “I’m Lovin’ It” jingle. The story behind the track, however, has tons of cross threads.

The story goes that McDonald’s hired more than 10 ad agencies to help turn around their failing stock in the early 2000s. The result was the world famous “ba-da, ba-ba-ba” that everyone associates at Mickey D’s. The end Butch Stewart, a genius of the jingle, would then have helped turn those five syllables into song form, which McDonald’s turned into a mastermind marketing plan.

They took the concepts to Pharrell, who then turned it into a song for Justin Timberlake. McDonald’s asked Timberlake to release the song months before their campaign started with the jingle, which makes it seem like an organic business, although it’s just a huge publicity.

The US version of McDonald’s upcoming viral campaign officially debuted in September 2003. The ad featured a track sung by Timberlake, but also rapped by none other than Clipse, the rap duo of brothers Malice and Pusha-T.

Steve Stout shocked the industry in 2016 when he revealed that Push struggled to write the jingle, but today he set the record straight from his eyes. “I’m solely responsible for the ‘I’m Lovin’ It’ swag and jingle of this company,” he said. Rolling stone. “It’s just real. I’m the reason. Now I have to crush it.

He continued: “I did it at a very young age at a very young time in my career where I wasn’t asking for so much money and property. It’s something that always hollowed me out later in life like, ‘Damn, I was part of this and I should have more interest.’ It was like half a million or a million dollars for me and my brother, but it’s peanuts while it lasts. I had to get rid of this energy, and this [ad] was the perfect way to get that energy like, ‘You know what? I’ve moved on.'”

But Push’s involvement in the situation between McDonald’s and Arby goes even further. Arby’s “We have the meats” jingle samples a Skrillex and Yogi’s song titled “Burial” which Pusha raps over. He claims to own 40% of the song and gets paid every time it’s played.