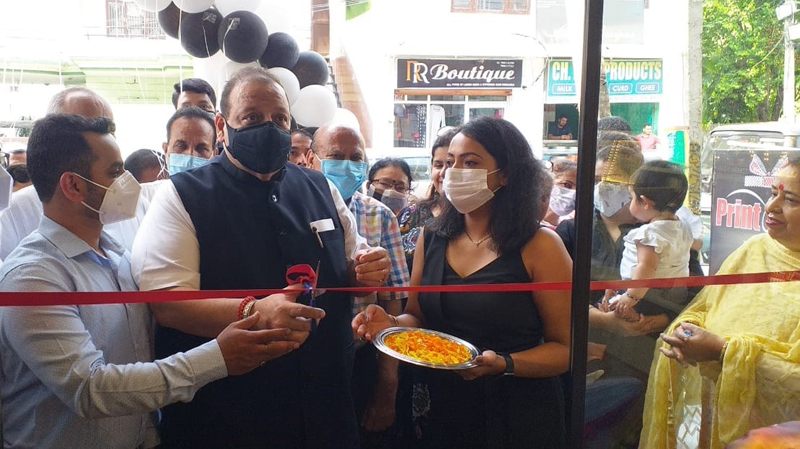 JAMMU, Spet 2: Provincial National Conference President Devender Singh Rana today praised the growing interest of young people and educated people in starting their own units rather than craving jobs, saying that entrepreneurship is certainly a viable option, not only for self-sufficiency and growth, but also for job creation.
“In addition to making a good living in a business proposition, entrepreneurs can derive satisfaction from creating jobs for skilled and unskilled labor,” said Rana at the launch of a company that is the joint initiative of Amit Wadhera and Taniya Wadhera in the outskirts of the city, who earlier had their main branch in Shastri Nagar for almost three years.
He hopes that a positive approach and a progressive vision in the private sector can be beneficial for the company. It is an ethical responsibility of entrepreneurs to ensure the supply of credible products at affordable prices. Credibility is a huge investment in the business sector and those who are engaged in entrepreneurship should understand this in order to have harmonious customer relations, he argued.
Wadheras took Devender Rana to different sections of the showroom and explained their business to her in detail.
“It’s good to have your own income-generating unit and also to be an employer,” observed Rana, saying such businesses are small but important sources of job creation, especially at a time when the job shortage is at its peak.
Among those present at the inaugural ceremony were Rattan Lal Gupta, Abdul Gani Teli, Ab Majeed Bittu Teli, Hafiz Choudhary, Sarpanch Raika, S. Sandeep Singh, Parvez Malik, Imran, Darshan Lal and other local figures from the region. .
Earlier, Rana also participated in the promotion of a musical album “Nikka Nikka Hasna”, the first video performed and sung by Jackson (J R. Sharma), a choreographer and performer with lyrics by Ramesh Parwana. The music and recording of the album are by Surinder Singh Manhas while Poonam Sharma was choreographer, Ashok Jasrotia DOP, Manas Sharma was sound engineer. The album was supported by the All J&K Choreographers Association.