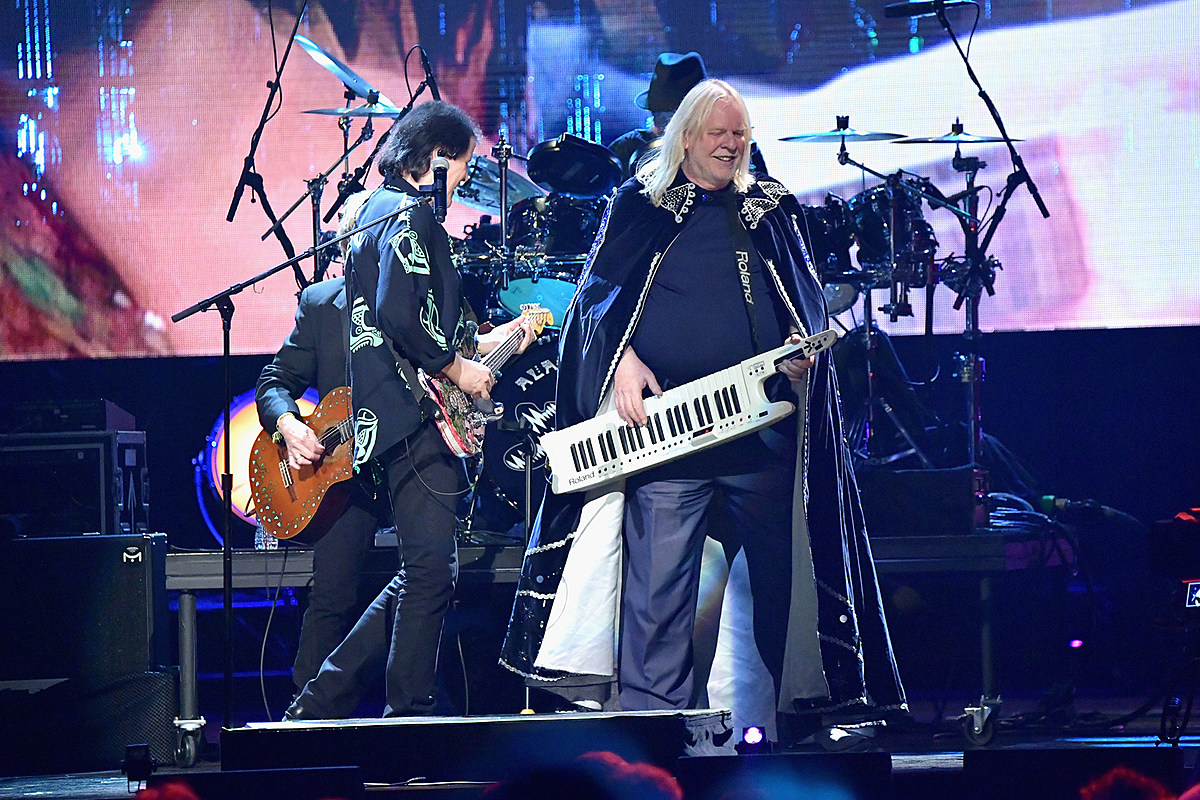 Rick Wakeman is hoping to continue collaborating with Trevor Rabin and Jon Anderson, despite reports that they may be over.

Plans for a 2020 tour have been spiked due to COVID, and it “kind of changed the spectrum of everything” as each of the former Yes members provided an update, Wakeman told UCR. “Certainly I would like to do stuff, whether it’s with [Rabin and Anderson] or who it is with, I don’t know, “he said.” But I love playing Yes music. It’s an important part of my life. “

Rabin confirmed last year that Yes with ARW is “definitely finished”. He described the meeting as “a splendid pleasure”, but said that “the problem is that we all live in different places around the world, so logistically it is so difficult to continue.”

The trio had been working together on new music since 2011. They eventually shared a demo of a new song called “Fragile” during a radio appearance on Jonesy’s jukebox in July 2018 – but Wakeman has since had doubts.

â€œYeah, we released it. I mean, I think if we had had more time we could have done better,â€ Wakeman said of the song, in which Rabin and Anderson shared the vocals. “The problem is, Jon lives in San Luis Obispo, Trevor lives in Hollywood and there’s me living on the east coast of England. It’s really tough.”

In the meantime, it rejects the modern concept of recording via file sharing. â€œYou really have to be sitting in the same room,â€ argues Wakeman. â€œTwo years ago we were looking at how we could actually achieve this, all being in one place – because to be honest, that’s the best way to write music. The best Yes stuff was always written when we were doing it. were all in the same room. “

Wakeman fondly remembers how they spent a month together at the time, “brainstorming”. â€œWe would dissect them and pull them apart. What came out the other side was, to me, pretty magical,â€ he says. “This is where you got a real Yes album.”

As for Yes, Wakeman hopes “it’s not over,” noting that “none of us are getting any younger. … I’m 73 next year and Jon’s [a few years] older than me. I mean, we’re not spring chickens anymore. But on the other hand, when you go on stage, the years go by, you know? So this is not the end, let’s put it that way, but I can’t tell you what’s next – because I don’t know myself. But that can’t be the end. “

Wakeman returns to the United States for the Even Grumpier Old Rock Star Tour which kicks off October 13. â€œGrumpy is an interesting word,â€ he laughs. “It’s a fine line between cranky and angry.”

Steve Howe released one of rock’s most hated albums