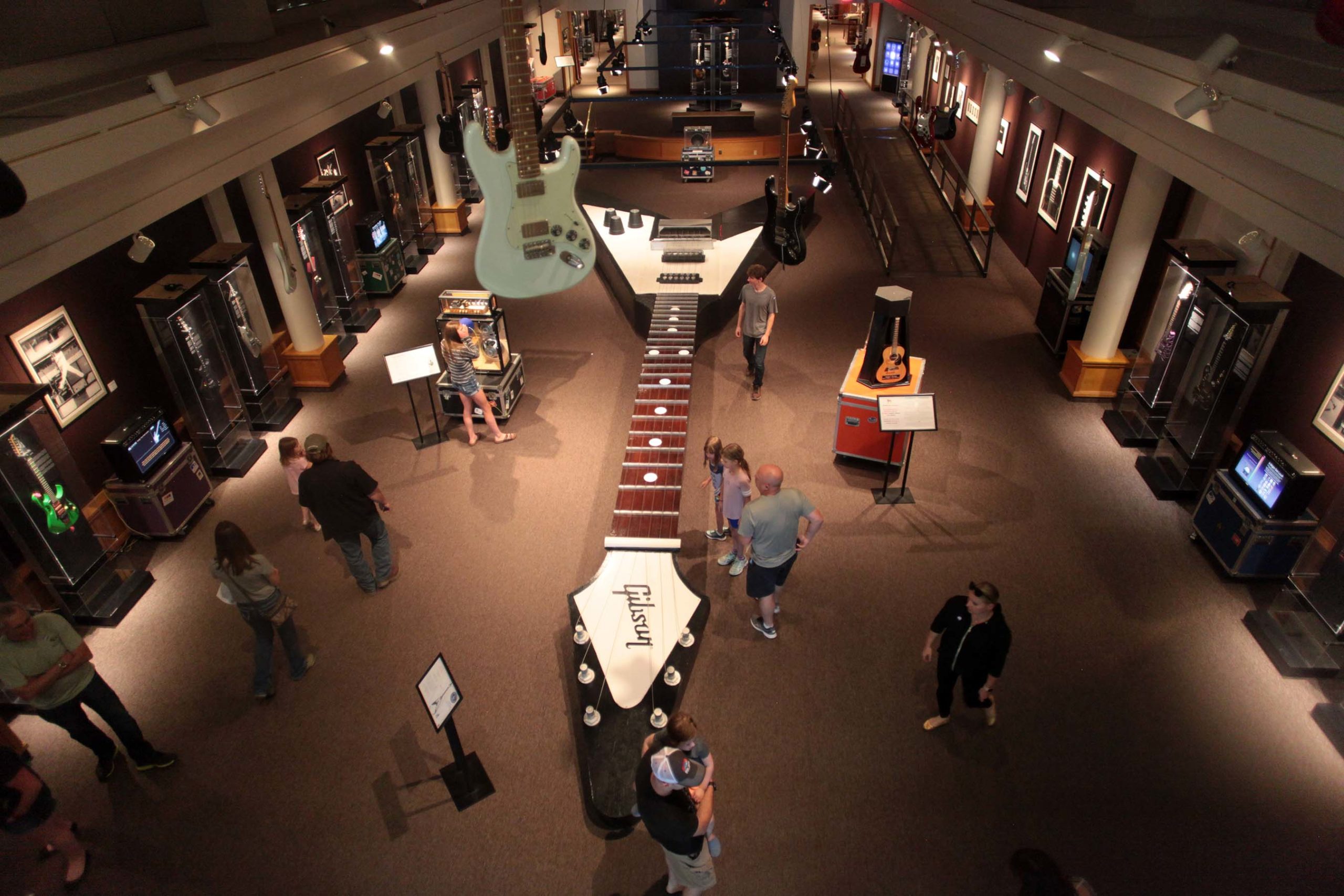 Playing the guitar is an art, but it is also a scientific exploration. How can a few pieces of wood and a few metal strings combine to create a diversity of sounds that has given us musical styles as diverse as flamenco and rock-and-roll? The answer: a little engineering, a little physics, and a little math.

From November 19, Guitar: the instrument that shook the world exhibit at Denver Museum of Nature and Science (DMNS) will connect the dots between art and science by exploring the cultural and physical evolution of this iconic instrument. The traveling exhibition, which was developed by the National Guitar Museum and has been shown in dozens of museums across the country since 2011, features more than 60 guitars. But Coloradans will dig that the DMNS team personalized the exhibit by including seven guitarists from the Centennial State.

“We have musicians and guitarists in Colorado who are well known around the world and who also contribute to our vibrant local scene,” says Lindsey Housel, experienced developer and educator for The Display, which rolls up to until April 17, 2022. “It’s really wonderful for people who are really passionate about music and guitar lovers, but also for those who are really interested in physics or how the natural world works, things like music. frequency and sound waves.

Below, we give you a taste of the faces and sounds of Colorado that you might recognize as you walk through the exhibit.

How do you know him : Has a guitar model named after him: the Otis Taylor, made by the Santa Cruz Guitar Company.
Musical style : Music genre “Trance blues”, a style of blues imbued with psychedelic rock and a hint of folk / country (check out one of his albums, like Hey Joe Opus Red Meat, to hear for yourself).
Connection with Colorado: Born in Chicago, raised in Denver and now based in Boulder. welcomes the annual Trance Blues Festival in Boulder each November.

How do you know him : Won a Grammy for her 2004 album Unspeakable.
Musical style : “He’s really a living legend known around the world and it’s cool that we can kind of claim him as our own,” Housel said. “He is a true master of the guitar and an innovator in the world of jazz who has worked with hundreds of artists.”
Connection with Colorado: Raised playing the clarinet as a child in Denver in the 1950s. Switched to guitar and studied music at the Denver Folklore Center and the University of Northern Colorado.

How do you know her: Experimental music as we hear it through albums like Songs with words and CLOSE.
Musical style : Known for using metal rings, stones, rulers, rubber balls, hammers and other objects to make different sounds come out of her instrument, a technique known as “prepared guitar”.
Connection with Colorado: Based in Denver but “known the world over for the kind of work she does,” says Housel. “People flock to her and want to play with her because she really pushes the boundaries of what guitar playing can be like.”

How you know them: Together, brother-sister duo Miguel and Brenda Aviña make up two-thirds of the Denver band iZCALLi, named after their hometown just outside Mexico City (they play with drummer Luiggy Ramirez).
Musical style : Miguel plays guitar and sings, while Brenda plays bass, creating their signature Spanish rock sound.
Connection with Colorado: They host the Rock de Mayo Music Festival in Denver every spring. “Their music really represents their Mexican heritage, but it’s also unmistakably rock and roll,” says Housel.

How do you know him : El Javi has been a supporting role for Diego El Cigala, one of the best flamenco singers, and Ziggy Marley, the son of reggae icon Bob Marley.
Musical style : El Javi takes pieces of flamenco, folk, world, classic and progressive rock and makes them their own.
Connection with Colorado: The Denver-based composer and producer was also featured in Coors Light’s national “My Climb, My Music” showcase in 2017.

How do you know him : Main member of Big Head Todd and the Monsters.
Musical style : Country rock jam band style. Mohr’s “most important guitar,” a 1940 Gibson L-0 he got before the band launched a tribute tour to blues pioneer Robert Johnson in 2011, will be on display at the exhibit.
Connection with Colorado: Todd Park Mohr and his band mates first met at Columbine High School in Littleton in 1982.

If you are going to

In addition to the current exhibition, DMNS plans to host several related events and programs open to the public.

For these guitar sessions, Alicia “Bruce” Trujillo, DJ Indie 102.3 of Colorado Public Radio, who also works as a concert director at Swallow Hill Music and is the executive director of Colorado colorful collaborations, an organization that connects BIPOC musicians and small businesses, will chat with a variety of Denver musicians throughout the winter and spring about what inspires and motivates them. Tickets cost $ 20 for members, $ 25 for non-members in person; $ 5 for members, $ 10 for non-members virtual.

In collaboration with Denver’s Buntport Theater, the museum pits non-experts against each other for a totally unscientific (and deliberately ridiculous!) debate on which is larger: the stratosphere or the Stratocasters. January 18, 8 p.m. on Zoom. $ 5 for museum or Buntport Theater members, $ 10 for non-members.