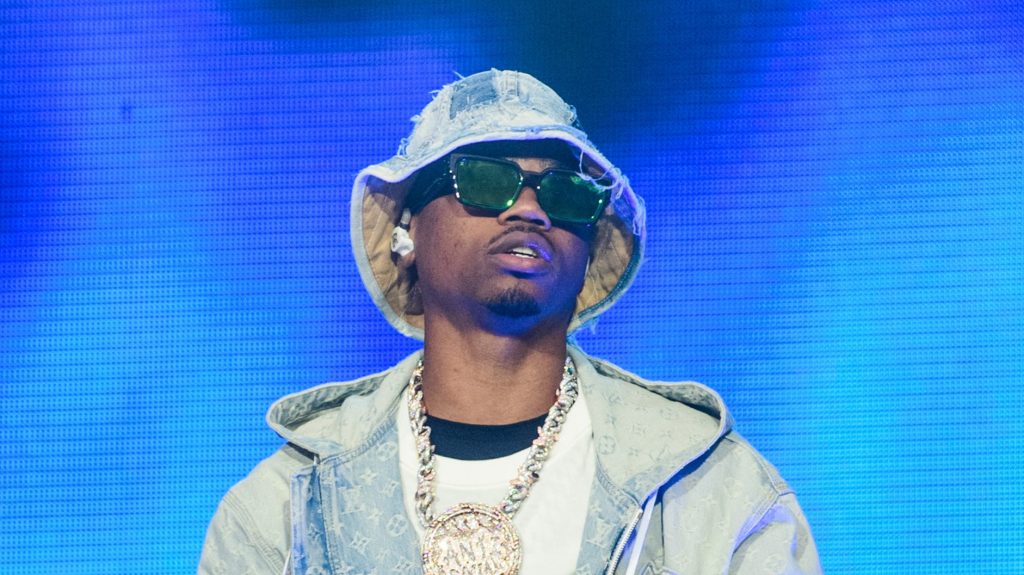 It’s Friday, which means there is a ton of new stuff to look forward to from some of your favorite rap and R&B artists to help you relax and enjoy the weekend. To verify ATMOSPHEREIt’s picks the songs you should listen to to close your work week and make the soundtrack to your weekend festivities.

The fourth quarter of the musical calendar is when superstars come out of hibernation to shine, so it’s fitting that Roddy Ricch reserves this time as his once again with his long-awaited second album, LIVE THE LIFE FAST. Two years from the unveiling of his first record album, Please excuse me for being antisocial, Roddy seeks to build on that success, releasing an album bursting with successful collaborations and melodious rhymes. Featuring a tracklist including features from Future, Kodak Black, 21 Savage, Jamie Foxx, Ty Dolla $ ign, Alex Isley, Fivio Foreign, Lil Baby and Gunna, LIVE THE LIFE FAST finds Roddy giving listeners slices of life throughout, from recorded messages from family members to brief interludes from the Cali native sharing his innermost thoughts. Capped by Roddy’s latest single, “25 Million”, LIVE THE LIFE FAST is a continuation of the streak of success and emergence as a pending megastar. – Preezy Brown

Given that we are in the thick of the holiday season, a sighting of Gucci Mane was to be expected as he is known to ring in the season with his Santa Claus from Eastern Atlanta series over the past decade. Not the type to disappoint, Guwop spreads joy with Christmas so freezing, the latest project of the rapper and the one who finds him presenting his stable of artists on his revamped 1017 label. Starting the band with “Street Ni66a Christmas” and sticking to the theme on additional stars like “Nose Red”, “All I Want for Christmas” and “Like the Grinch”, Gucci and his company come up with a series of carols from trap for your listening pleasure with So frosty Christmas. – PB

Jhené Aiko took a break from his musical hiatus by reimagining his underrated 2012 holiday ballad, “Wrap Me Up”. Without James Fauntleroy, Aiko tackles the new single solo. It rings in the holiday spirit in a slower, more intimate way as the bells ring subtly throughout. The sultry air still retains its original sentimental need to snuggle up with the one you love and want to spend this holiday season with. The surprise reissue landed in our stockings and was truly a nice gift to receive. – Mya Abraham

Hip-hop is in its most diverse and experimental space of all time, the boundaries of the genre stretching as our artists continue to test their artistic limits and comfort zones. However, that doesn’t mean that fans of raw, haunting lyricism and beats more sample-dependent than 808s and synths have no choice. Bands like Boldy James and The Alchemist continue to serve this segment of listeners with doses of traditional boom-bap with a modernized twist. After winning over rap junkies earlier this year with their collaborative effort, Bo jackson, the dynamic duo are back with another project, Super Tecmo Bo, a nine-track offering that sees Boldy and Alchemist sticking to their guns with macabre stanzas and brooding production. With selections like “No Laughing Matter” and “Francois” capturing the pair in their prime, that energy is retained throughout. Super Tecmo Bo, as Boldy and Alchemist add to their growing catalog of masterpieces. – PB

Brandy – “Until my last breath”

The latest episode of the hit ABC drama, Queens, brought a series of emotional moments and shocking twists and turns. We’ll spare you the spoiler-filled visual, but the emotional ballad of the ‘Vocal Bible’ encompasses the heavy moment when her closest friends fight for their lives. The song details the power of friendship, the beauty of brotherhood, and the need to make sure your loved ones know they are loved – a special message that goes beyond the fictional plot and pours straight into the real life. – MY

FKA Twigs feat. The Weeknd – “Tears in the Club”

We’re pretty sure crying in the club is a rite of passage as FKA Twigs brings The Weeknd, bringing this first world issue to life again. The overbearing emotional weight of heartache and grief weighs on FKA under strobe lights and intense bass. Getting lost on the dance floor and through vices, FKA’s aerial voice floats through people’s minds as a paradoxically fluid entity rather than something concrete to be physically released once the music has stopped. While struggling with emotions, you are also faced with the flood of memories and the pain of a past love. – MY