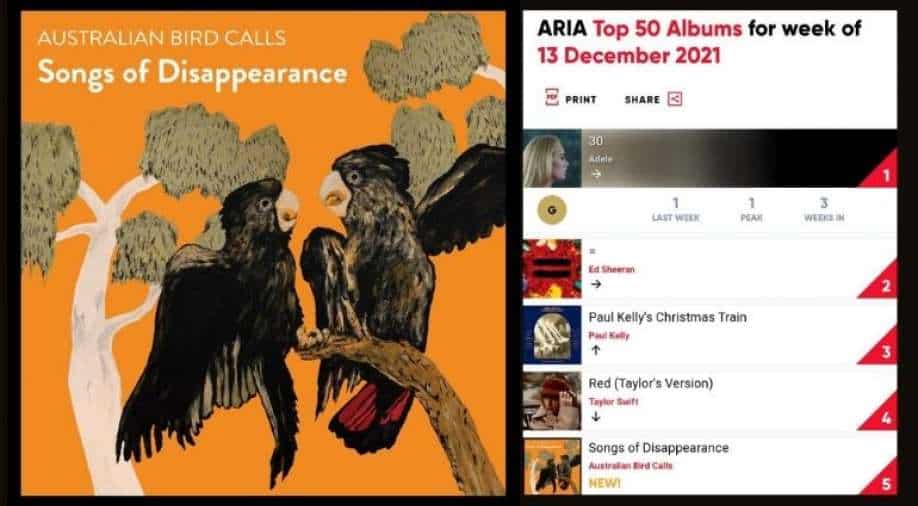 There is a new album in the top five of the Aria charts in Australia. Incredibly, it’s all made up of calls and tweets of endangered Australian birds.

Entitled “Songs of Disappearance,” the album eclipsed The Weeknd and Abba, as well as holiday favorites Michael Bublé and Mariah Carey.

Created by BirdLife Australia, the album features bird songs from 53 of Australia’s most endangered species.

The album was released on December 3 and a social media campaign was launched to help it reach the Aria music sales charts in Australia. Needless to say, the campaign worked: “Songs of Disappearance” made history by becoming the first album of its kind to make the top five.

Proceeds from the sale of this album will go to BirdLife Australia conservation projects.

Animal Sound Recorder David Stewart has been collecting often unheard of Australian wildlife sounds for about three decades. Recordings of birds from his collection were used for the album.

Read also | For the first time since 1975, American adolescents register a significant drop in drug use

Some sounds took hours of waiting in the bush to register a single short tweet.

“This album is a very special record with some rare recordings of birds that might not survive if we don’t come together to protect them,” Paul Sullivan, CEO of BirdLife Australia, told The Music Network.

“While this campaign is fun, there is a serious side to what we do, and it is heartening to see avid bird enthusiasts showing governments and businesses that Australians care about these important birds,” a- he added.

You can listen to the album here:

A Charles Darwin University study indicates that 216 of Australia’s 1,299 bird species, or one in six, are now threatened. The study, which included contributions from more than 300 bird experts, found that climate change is moving species closer to extinction.

Following the 2019 and 2020 bushfires destroying their habitats, BirdLife Australia estimates that the number of endangered bird species has increased by up to 25%.

(With contributions from agencies)