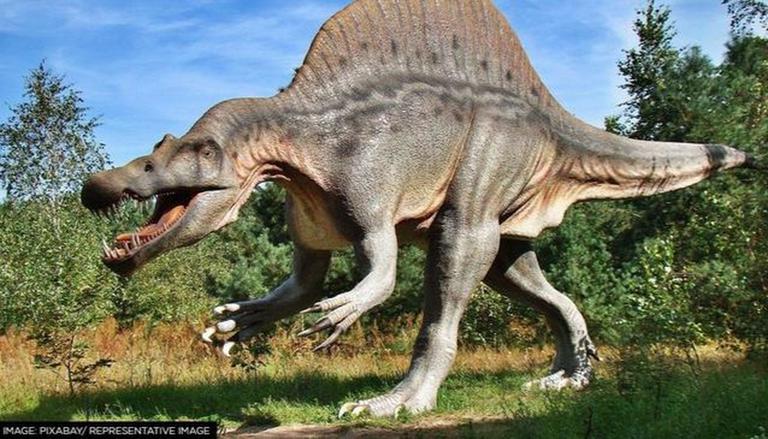 New research at a massive archaeological fossil site in Patagonia, Argentina reveals that some of the primitive dinosaurs resided in herds, and this particular behavior could be one of the important factors in the survival of the dinosaurs. At the European Synchrotron Radiation Facility (ESRF), the discovery of embryos of the same species in some fossil eggs led to these discoveries. The research results were published in the journal Scientific Reports.

According to previous research, some dinosaurs lived in herds during the last stage of the dinosaur era, such as the Cretaceous period, but, from when and how they developed this behavior in their evolutionary past, it s was a huge unanswered mystery.

A global group of scientists had discovered a 190-million-year-old dinosaur breeding site in Patagonia in the early 2000s that included juvenile bones of Mussaurus patagonicus, a primitive herbivorous sauropodomorph dinosaur. Diego Pol, a paleontologist at CONICET who discovered the site, said: “Such a preserved site would necessarily give us a lot of information about how the first dinosaurs lived,” ANI reported.

The eggs discovered there were among the things that could give some insight into the existence of the ancient dinosaurs, and Pol wanted to know whether they had been produced by Mussaurus or not. Pol went on to explain that it is difficult to locate fossil eggs and that obtaining fossil eggs containing embryos is also the rarest opportunity as their fossilization requires extremely specific circumstances.

Quoting Vincent Fernandez, paleontologist at the London Natural History Museum and former ESRF scientist, the ANI reported: “We use high energy x-rays to penetrate the sample without destroying it and obtain a full view at the interior ”, in the ESRF installation. .

Conclusion on the search for fossilized Mussaurus embryos

After the fossilized eggs were discovered in Argentina, they were brought to the ESRF, where Pol took 30 of the 100 eggs discovered to examine them with powerful x-rays. Fernandez described the procedure, saying it took four days to scan the eggs 24 hours a day. In addition, the high-resolution CT scan found fossilized Mussaurus embryos inside some of the eggs, indicating that all specimens came from the common mating site of a single dinosaur species.

Simultaneously, the researchers studied the location. The fossil remains were found in different rock layers in the same location, implying that Mussaurus returned to the same location to nest colonies in subsequent seasons. The researchers were able to deduce from the sediments that the breeding area was on the dry edges of the lake.

One of the intriguing aspects was that the dinosaur bones weren’t arbitrarily scattered around the fossil site, but rather were grouped together based on their age. Newborn dinosaur fossils were found near the nesting area. One-year-old infants have been found in close proximity, such as a group of 11 bones in a resting position, indicating that Mussaurus established schools of young dinosaurs. Adults and subadults were often seen in pairs or alone, all in an area of ​​one square kilometer.

Scientists used histological tests, which involved cutting a tiny slice of bone and examining the bone tissue under a microscope, to calculate the age of the juvenile fossils. All results point to a well-organized herd system, and this is the first time such complex social behavior has been observed in an ancient dinosaur.

Concluding, Pol said, “These are not the oldest dinosaurs, but the oldest dinosaurs for which herd behavior has been proposed. Mussaurus belongs to the first successful family of herbivorous dinosaurs, so we postulate that being social and protecting their young together as a herd may have been part of the reason these long-necked dinosaurs were so common on all continents. ”