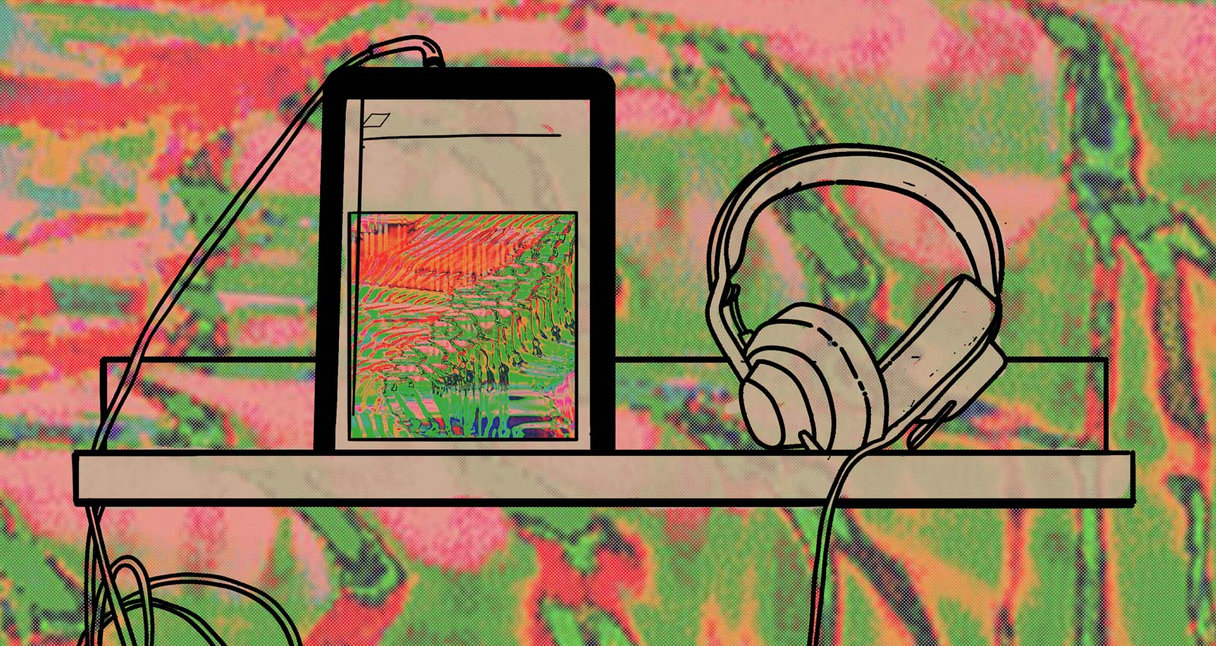 Dark rituals and laser-lit rave-ups; electro for dark highways and mossy roads; venue celebrations of London, Detroit and Hamburg, and a complete reinvention of the jazz-jungle. As always, the world of electronic club sound is built on diversity, and as always, we have a lot of it. But sonic purism also has value, and this month you’ll also find stripped-down Berlin techno and American soulful house. Whatever your tastes, whether you’re heading out for the night or locking yourself in for trips with a headset, we’ve got something for you here.

New Yorker Ezekiel Honig has always had a knack for bringing together organic and digital sounds to create introspective abstractions. He created something even wilder here by weaving the voice of Irish singer Trevor De Nógla into tracks that range from dense, rhythmic mantras to ultra minimalist Fender Rhodes mantras. Imagine Thom Yorke’s electronic experiments, but with infinitely more restraint, and you are about to understand these timid wonders.

Eddie Symons is best known for his elegant melodic electronic creations under the name Bovaflux, but under his alias Nullptr he offers some rather extraordinary electro. The four pieces here are sober but beautiful; every curve and angle of the groove geometry is perfectly made, giving the feeling of sliding along a dark empty highway at night.

Where Nullptr is made of bright, crisp lines, ReKaB is as tranquil and rustic as the lichen and faded wood of its artwork. Allude to Aphex Twin’s Selected Ambient work, it’s music to drive on mossy alleys, looking at the sea.

Ash Lauryn is a writer, poet, DJ and now producer who is absolutely immersed in the spirit of house music, drawing heavily from her own roots in Detroit. “Life is Back” and “Dancin in the D”, with their softly assured speaking vocals and velvety minimalism, allude to Moodymann and Theo Parrish, while the rowdy and bouncy title track comes close to the electrofunk of Underground Resistance. But Lauryn always takes her influences somewhere new and makes every note personal. It’s a hell of a start.

It’s sort of a holy grail. Six tracks by Marc Mac – half of the jungle-soul legends 4Hero – recorded between 1991 and 1993, recently rediscovered on an old tape. Back then, Mac was known for hardcore rave and proto-jungle, but these tracks are 100% inspired by the house and garage dubs of New York and New Jersey: mix and soul, with punchy bass and vocal cuts. masterful, they suggest a sound that would eventually become a British garage. But above all: each of them always comes across as a perfectly constructed dancefloor celebration.

South African producer Rose Bonica is capable of great depth and introspection, as she was on one of our best albums from last year. But she also loves hitting 140bpm techno belts that make windows shake. Make no mistake: there is also subtlety and unorthodox twists and turns in the structures here. But above all, these three pieces are pure, sweaty energy.

Frenchman Anthony Keyeux has been doing quirky indietronica under the name Hypo for twenty years now, notably releasing music on the Spymania label alongside Squarepusher and Cassetteboy. Her found voices, sinuous melodies and softly wavering rhythms are as charming as ever. These four tracks and three remixes should appeal to anyone who loves Tarwater, Morr Music, etc., but sometimes wishes they were a little weirder.

Teaming up with producer and engineer Fadi Mohem allowed Berlin star Rødhåd to improve his playing. These are four techno cups that revel in tradition, until they have plain text illustrations and numbers for the titles of tracks. Each doesn’t seek to be more than a functional four-square pump, reminiscent of influences like Basic Channel and Robert Hood, but each riff is precisely crafted for a body impact that can’t be denied. Crank it up and the questions of whether it’s innovative or not will disappear as you get lost in the sound.

It has been fascinating to see how the radicalism and textural complexity of what was widely known as the “deconstructed club” morphed into a vast array of forms, from hyperpop to ultra-underground weirdness. This team of Eamon Ivri, aka Lightght, and Claire Guerin, visual artist and sound-maker obsessed with ASMR, both from Cork, Ireland, lean heavily on the latter. It consists of four long, dark and beautiful occult sound rituals that vibrate with echoes of weird club music, but end up creating spaces of their own.

Clemency
“Drum Circles Against Lamentation” b / w “The Crude Foyer”

Speaking of rituals: these two Manchester songs certainly have a hypnotic feel to them. “Drum Circles,” which draws a line between the techno bleep of Northern English and the post-punk minimalism of ESG and Liquid Liquid, is a pretty sweaty descent, while “The Crude Foyer Suspends time and gravity for an underwater slo-mo groove that has the potential to transform the very wavy 4am moments, indeed.

The silliness of the illustration here makes it clear that Posthuman from the UK and Lauren Flax from Brooklyn are in funtime mode as they each deliver an original track, then remix the tunes of the other. Even though it’s Posthuman who is most associated with acid house – half the duo run the I ❤️ Acid parties, after all – it’s Flax who cranks up the 303s on everything, in the funkiest way possible. The two artists also go for big riffs from the early 90s, exactly halfway between New York house type Todd-Terry and the first hardcore in the UK.

South London Moses Boyd is one of the most prominent artists who combines new generation jazz with the soundsystem music of the city. Just recently we got some amazing Sully and El-B remixes of Boyd’s own music. Now Boyd is becoming a remixer himself. “Jungle Jazz” was often referred to as “coffee table music” in the 90s, but in this remix the form is reinvented. Star saxophonist and composer Nubya Garcia’s melodic tales are woven into ocean chords and rolling breakbeats to create something truly majestic.

Hamburg’s Golden Pudel nightclub, although tiny, has a worldwide reputation for its passion for underground electronic music. This selection of remixes from the international friends of Pudel only underlines it. Plaid is at its most playful and pop as their Carsten Meyer remix frolics, and Thee Church Ov Acid House adds 303s and pie-eyed breakbeats to “Types” from Cosmic Cars. These four pieces are individualistic, over there, and gloriously cracked.

More ghost than man
In the world We Made there

Terry Grant of Nashville makes no secret that his electronic singer-songwriter album is the sound of a man arguing with his own ghosts. But it’s not too off-putting. The grooves evoke classic trip-hop, the Balearic Islands and slo-mo nu disco; but there is a sculptural finesse in the craftsmanship, and an understanding of how to make them endure Grant’s own husky voice that makes it sound neither retro nor generic.

Skream’s four-story productions have always been effective weapons for the dancefloor, but they often lacked a bit of the eccentric character of its dubstep days. That’s not the case here; this remix is ​​a thing of absolute joy, as well suited to a small cellar full of dancing weirdos as it is to a large festival stage. He joins the dots through Italo disco and early ’90s trance with more than a hint of dirty Belgian EBM. But more important than his influences is his strangeness. For every big drop or voluminous riff, there is something trippy and subliminal happening in the background that keeps it sparkling with life.