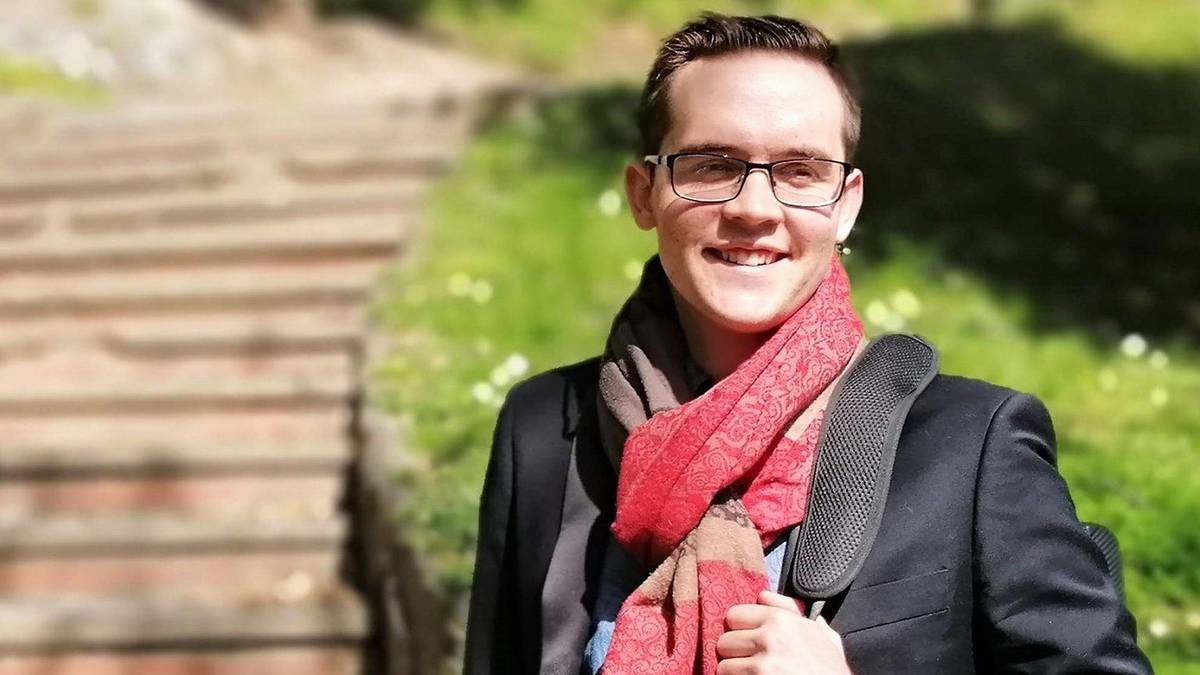 Zephyr Wills had sought the Norbert Heuser Viola Award since his days at Kāpiti College.

With his eyes set on the Norbert Heuser Viola Award from his years at Kāpiti College, violist Zephyr Wills has proven himself that when it comes to playing a musical instrument, practice pays off.

Performing in the National Youth Orchestra for the third time, Zephyr this year achieved his goal of receiving the Norbert Heuser Viola Award from the orchestra at the end of his season.

“I’ve been aiming for the Norbert Heuser Viola Award since my days at Kāpiti College, and it’s reassuring to sometimes remember that the practice has a curious way to pay off in the end,” Zephyr said.

Playing instruments for most of his life and growing up with a blues musician as his father, Zephyr was exposed to a variety of musical genres from an early age.

“My love for classical music was mainly developed at Kāpiti College thanks to my wonderful teachers Gioia Brunoro and Douglas Beilman.

“Kāpiti College was a fabulous support area for a kid like me, who really only wanted to engage with political and historical literature, write poems, and make music.”

While at Kāpiti College, he was a national finalist in the National Chamber Music Competition alongside other students from Kāpiti College.

Now in his final year of studying a Bachelor of Music with Distinction at NZSM, Zephyr is looking to continue his musical education abroad.

“Last week I auditioned for the Australian National Academy of Music, but I also have my eye on a masters degree at Yale and / or Juilliard, Covid-19 allows that.

“I’ve also heard rumors that Germany is a hotspot for viola performance, so I’m also investigating universities in Berlin, Leipzig and Munich.”

Performing with the NYO stimulated Zephyr’s love for music and provided an environment in which to engage with other like-minded young musicians.

“Music, to me, embodies a rare artistic medium of raw emotional expression.

“It creates a deep human bond with the composers and the audience, while developing a deep sense of self.

“Some of the best life lessons I have learned have come from the emotional self-awareness that I have experienced through musical performance.

“NYO was particularly exciting this year as we got to perform Shostakovich’s monumental Leningrad Symphony alongside the NZSO.

“I was delighted this year to have been selected as Section Principal, although I had to pinch myself every time I sat down next to NZSO Associate Principal Violist Alexander McFarlane.

“Alex is a wizard of this viola and an extremely inspiring character.

“The two weeks of rehearsals and performances with Alex and the NZSO were extremely informative and I made good friends and contacts within the orchestra which I hope to keep.

“It was a great honor to receive the Norbert Heuser Viola Award at the end of NYO after working alongside such fabulous musicians.

“I felt like I was swimming in an unreal dream.”

The award is presented to a member of the viola section and honors Norbert Heuser (1948-2014), a former violist who has dedicated 38 years of service to the NZSO.

Zephyr’s headquarters at the NYO was sponsored by Professor Les Holborow.