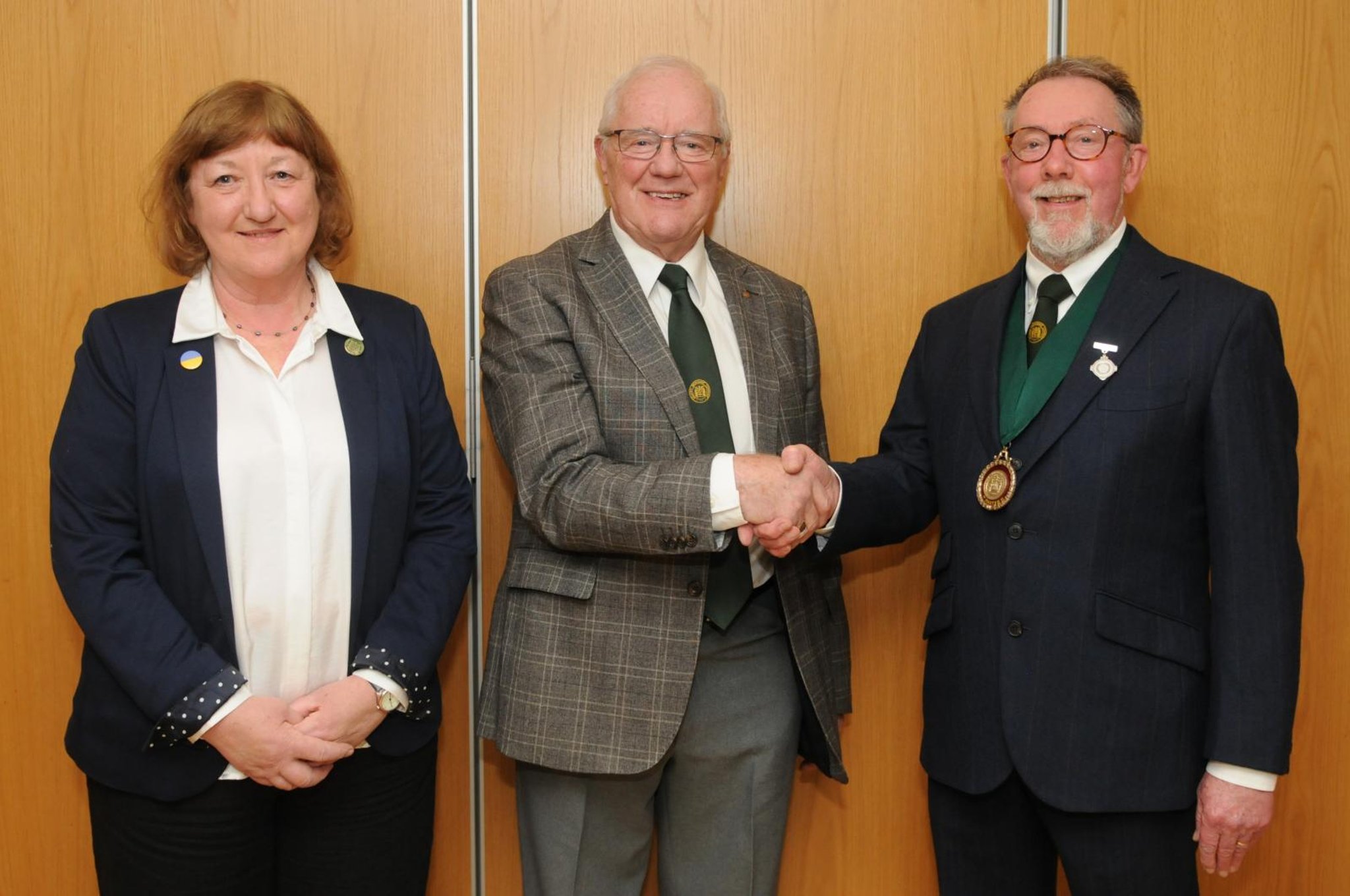 Viv Ross was unanimously endorsed by members at the Selkirk Merchant Company’s AGM, held at the town’s rugby club on Friday evening.

Treasurer of the company since 2013, Viv described her appointment as “a huge honour” and said she was very grateful to have had the opportunity to serve as Master of “this ancient company”.

At the same meeting, members of the Selkirk Merchant Company approved the appointment of Keith Rodgerson as the company’s standard bearer for 2022.

Register to our daily newsletter The Southern Reporter Today

The newsletter mute the noise

Born and raised in the Souter, Keith has lived in the Bristol area for several years. He returns regularly to participate in Selkirk’s Common Riding celebrations, when his professional commitments as a sound engineer for film and television permit.

His Lady Busser will be his wife, Patty, originally from Peru. The couple first met when Keith was on a filming assignment in South America and Patty was the band’s performer.

At the AGM, outgoing Master Alistair Pattullo was thanked for his hard work and commitment over his three years in office. He in turn expressed his gratitude to the committee and company members for their support and encouragement.

He said the Covid pandemic and the cancellation of two joint constituencies had presented huge challenges, but the company had risen to meet them head on.

Other officers have been appointed as follows –

The toast to the standard bearer was made by Gerald Beggs, who spoke about Keith Rodgerson’s successful career in television and in the film industry.

Working first for the BBC and later as a freelancer, Keith traveled the world and won numerous film industry awards, including a BAFTA in 1985 for his sound work on David Attenborough’s ‘The Living Planet’ programme. .

In response to the toast, flag bearer Rodgerson said his appointment was a “huge privilege and honour”, and that he looked forward to attending casting practices and official functions with his right-handed and left-handed men, Bruce Riddell. and Stuart Davidson.

The toast to ‘Selkirk Merchant Company, Town & Trade’ was proposed in style by Broadmeadows farmer Alec Telfer, who praised the Merchant Company for its longstanding support of worthy causes.

Responding to the toast, Selkirk Honorary Provost Keith Miller said how happy he was that the 2022 joint constituency could once again take place after all the hardships of the past two years.

The Common Riding Appeal would be launched in the coming weeks, and he urged the community to give it their full support in these times of ever-increasing costs.

The vote of thanks was given by Margaret Moyes, while entertainment throughout the evening came from Hilary Bell, Tommy Knox and Jimmy Gibb, with Ann Witherington acting as accompanist.