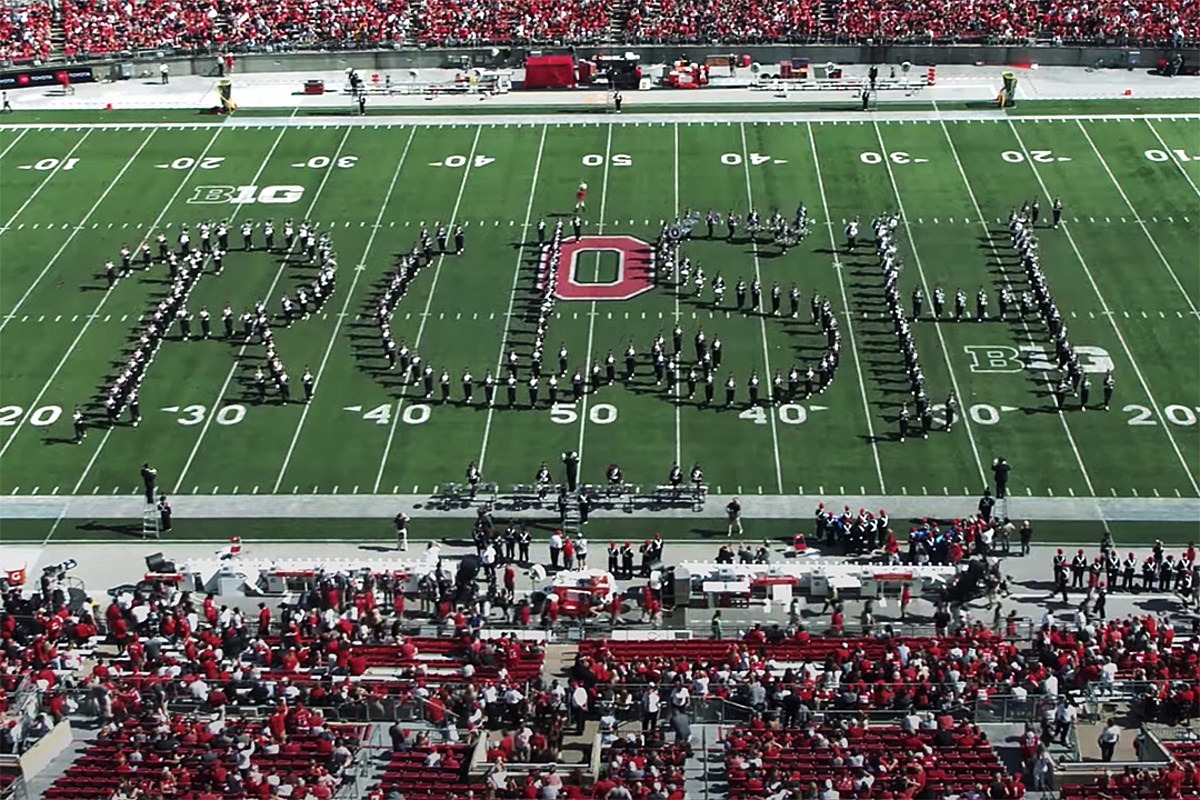 Specially extensive programming from the Ohio State Marching Band covered a selection of Rush classics during their halftime show on Saturday.

Designed as a tribute to the late drummer Neil Peart, the 14-minute performance included arrangements of “The Spirit of Radio”, “Fly by Night” and “Tom Sawyer”, among others. The show can be seen below.

To honor the passing in early 2020 of one of history‘s greatest drummers, Neil Peart of Rush, the Ohio State Marching Band added some more percussion to the mix for the halftime show. Saturday, “the university said in a statement. declaration. â€œTo help recreate Peart’s sonic impact, the percussion section has been expanded with 20 toms and 20 additional cymbals mounted on four racks. They were at the front of the roster and played by the group’s five substitutes this week.

In response to the performance, a tweet from Rush simply read, â€œWe’re speechless! followed by three applause emojis.

Guitarist Alex Lifeson pointed out in July that he and Geddy Lee had no intention of reviving the band’s name without Peart. â€œThere’s no way Rush will exist again, because Neil isn’t here to be a part of it,â€ he said. â€œThat doesn’t mean we can’t do other things, and we can’t do things that benefit our communities and stuff. I have a lot of plans for this sort of thing.

He added that he currently had no plans to work with Lee, saying, â€œGeddy and I started writing together when we were, I don’t know, 14, I guess. We are best friends. I love the guy so much. He means so much to me. â€¦ We had such a great story and did so many great things together. It doesn’t really matter if, for the rest of our lives, we’re just best friends.