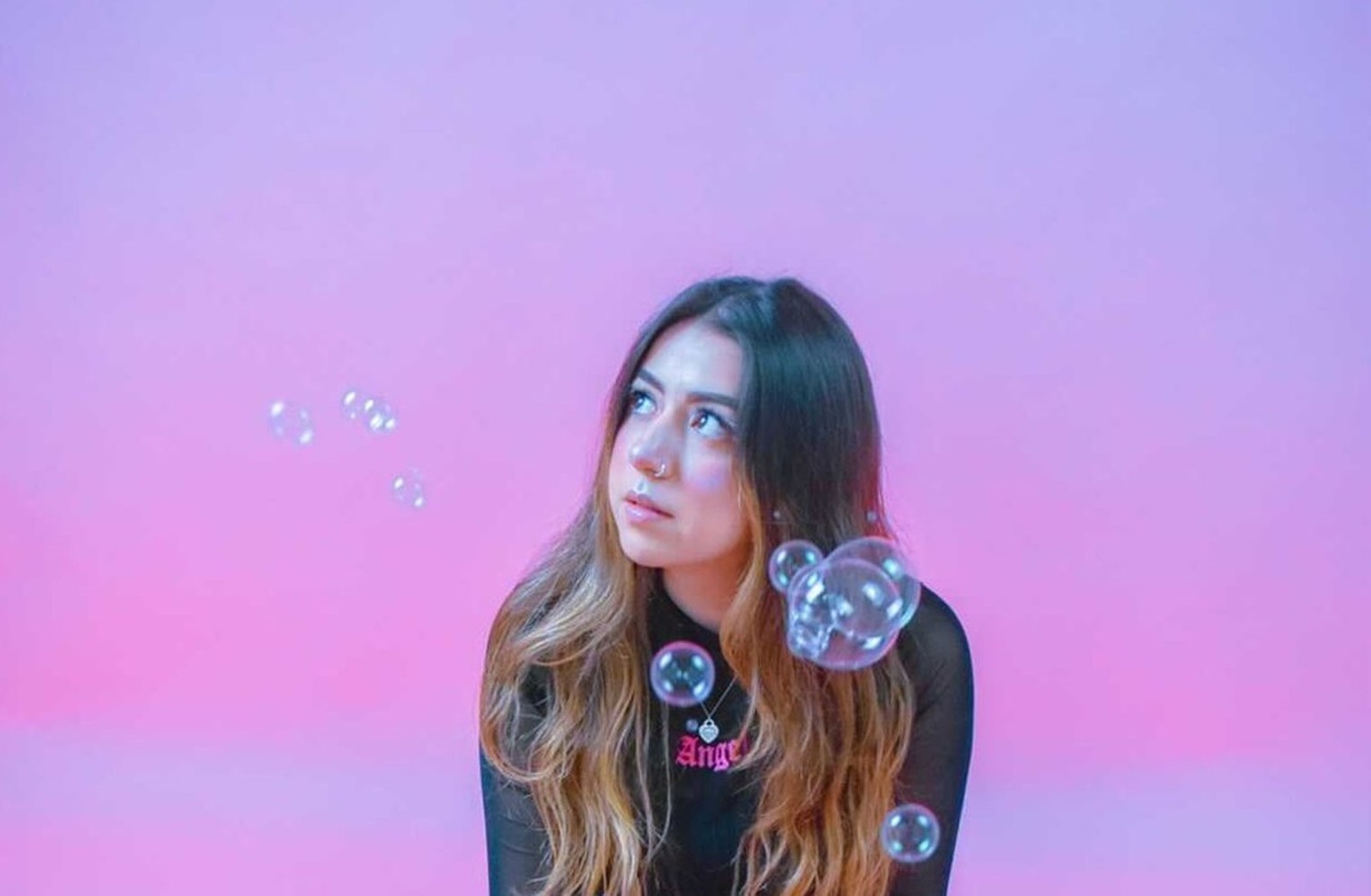 Yasmeen Nasir lives his life in two different worlds. During the day, she works as a project engineer for the aerospace company Lockheed Martin Corp. She is also a musician in the making.

Some may wonder how an engineer has time to pursue pop stardom, but the Fort Worth resident says she is living her dream by pursuing two things that she has been passionate about her entire life and that these interests blend together perfectly.

The singer, whose artist name is YASMEEN, will release her debut album Pure happiness October 15.

Support the independent voice of Dallas and help keep the future of Dallas Observer free.

Although she is finally starting to make her name known in all caps as a musician, pursuing a musical career hasn’t always been easy for Nasir.

“I also come from a Middle Eastern background, so going into music was not something that was acceptable,” she says. “It was a bit of a taboo, really.”

As an Afghan Muslim woman, Nasir says it was difficult to pursue a career unrelated to engineering or law. Middle Eastern culture, she says, has an “old-fashioned” approach that prioritizes well-paying jobs that will ensure financial stability.

Although her father was not so involved in her life when she was growing up, Nasir says he appreciated that she was interested and involved in the arts. Her mother, meanwhile, came from a stricter background and did not approve of what she initially considered Nasir’s hobby, strongly advising her daughter to pursue a career in STEM, not in music – although she has attended all of Nasir’s concerts. .

The artist says she had to “push the envelope back” so that her mother would eventually come and fully support her. Nasir felt she needed to prove herself by taking AP courses in high school, majoring in a STEM (science, technology, engineering, and math) degree, and becoming president of the Society of Women Engineers in college. Even now, she is enrolled in graduate school, studying engineering management.

It’s a tough career, but like music, it’s something Nasir wants to do

Once Nasir started to gain traction and release his own music, it was easier for his mother to see that a career in the arts could be worth it.

“Music is something that I knew would stay with me like the rest of my life,” says Nasir. “And I think now she finally understands.”

When the time came to enter college, Nasir decided to major in mechanical engineering at the University of Texas-Arlington. At that time, she was not ready to pursue a career in music, but she continued to sing in a choir.

Eventually, she heard about RISE, an acapella pop group made up of college students on campus. She joined the group in the fall of 2016, and it was quickly successful.

In its first year, the organization was able to participate in the final of the A Cappella Collegiate International Championship. The competition, which is a nationally renowned event in the acapella world, was also portrayed in the comedy Perfect.

The group qualified twice for the final of the competition and Nasir served as group president from 2018 to 2020, when she graduated.

“I kept trying to have music alongside my engineering career,” she says.

By the time she graduated with her bachelor’s degree, Nasir still hadn’t really done any solo music other than the occasional solo with RISE. She started recording voice memos that she thought would make cool songs.

After graduating in May 2020, Nasir got a job at Lockheed. Although she now had a secure job in her field, she still had another dream to fulfill: to branch out as an individual artist.

“I had done so many group sets – and they were fun, don’t get me wrong – but I really enjoyed being in creative control or just having my own ideas,” she says.

In May 2020, she began writing her first single, “Pure Bliss”, before completing a handful of other songs.

“Then I didn’t really have any concrete projects, she says. Like, I knew I wanted to release music, but I didn’t know if that meant an EP, an album …”

COVID-19 was still new and growing in importance, so she worried about where she might perform or how to get her name known, but she continued to write and record more music and booked a few local gigs.

Releasing five singles during the pandemic was a difficult and far from ideal experience, Nasir says. With social distancing restrictions, she couldn’t book as many shows or collaborate with as many artists as she wanted.

Grand Prairie resident Alexis Galindo, who was a member of RISE with Nasir, says Nasir’s passion for music was undeniable from the moment she met her, but watching Nasir’s growth since 2016 has been astounding. Nasir has always had a “boisterous personality,” but had to find the confidence to present himself as a solo artist, she says.

“As a singer, she definitely got into her own groove,” says Galindo. “She knows what kind of sounds she’s looking for, but she doesn’t want to limit herself to that either.”

Now that pandemic restrictions have eased, Nasir is finally able to gain a foothold and has recently performed at several local venues.

Arlington resident Lesley Cruze, a UT-Arlington alumnus who has known Nasir from college, says Nasir has always been clearly obsessed with music – and the TV show Big time Rush, at least in college.

“Everyone knew [Nasir] love Big time Rush, it was kind of like a thing, ”says Cruze.

Growing up, Cruze said that “everyone” would tell Nasir that she should put her musical aspirations on the back burner to make STEM a priority, but Cruze would encourage Nassir to pursue his other passion.

Cruze says that Nasir’s success in engineering is a testament to his hard work and helps him stand out in the music business.

Galindo says Nasir stands out as a musician because of her joy in entertaining, her ability to get her message across to her audience and involve everyone.

“It’s the whole point of playing, like you do for yourself, but you also do it for the people you play for,” says Galindo. “You want your music translated, what you wrote it for them, and hope someone can feel what you felt when you first put that pencil on that paper.”

“Justin Timberlake was a huge influence, but I mean he’s a white man in pop – it’s not hard to find.” –Yasmeen Nasir

With every song she writes, Nasir shows new growth and new emotion, and “Pure Bliss” will be a manifestation of the past five years of personal growth, Galindo says. The album is decidedly personal. Nasir doesn’t write music for the general public, says Galindo – she writes what she feels.

Regardless of the initial setback in his upbringing, Nasir says his nationality and heritage are major inspirations in his music.

One of the songs on her upcoming album is based on an Afghan folk song her mother used to sing to her when she was a baby. The song is a staple in Afghan culture, and Nasir says she loves the idea of ​​paying homage to her country.

Nasir wants women from under-represented ethnicities to be able to see themselves represented in pop and R&B and to know that it is possible to make a name for themselves in the genre.

“It’s definitely a big motivation why I do what I do,” says Nasir. “Not only do I love music, but it would have been great for me, at 10, to say to myself ‘Oh, that’s so cool, she looks like me, she knows what I’ve been through and she could create music like this.

Growing up, she never saw someone like her in music.

“Justin Timberlake was a huge influence, but I mean he’s a white man in pop – it’s not hard to find,” says Nasir. “You can see them and there is another like them.”

Today, Nasir’s biggest inspiration in the industry is Sno Allegra, a Persian-Swedish R&B singer and songwriter. Although not famous enough, Allegra has collaborated with artists like Tyler, The Creator and Pharell Williams, and Michael B. Jordan has appeared in her music videos.

“It’s fantastic to see someone who comes from a bit of my background and can be a bit mainstream,” says Nasir. “There isn’t much representation of Middle Eastern or Muslim artists in pop music today.”

This reality motivates her every day to become the representative she wants to see. Nasir wants to change society’s perspective on Middle Eastern women.

“Everyone thinks ‘modest, covered, uneducated, they have no rights’, blah blah blah,” says Nasir. “But no, this is not an exact representation of the Middle Eastern woman.”